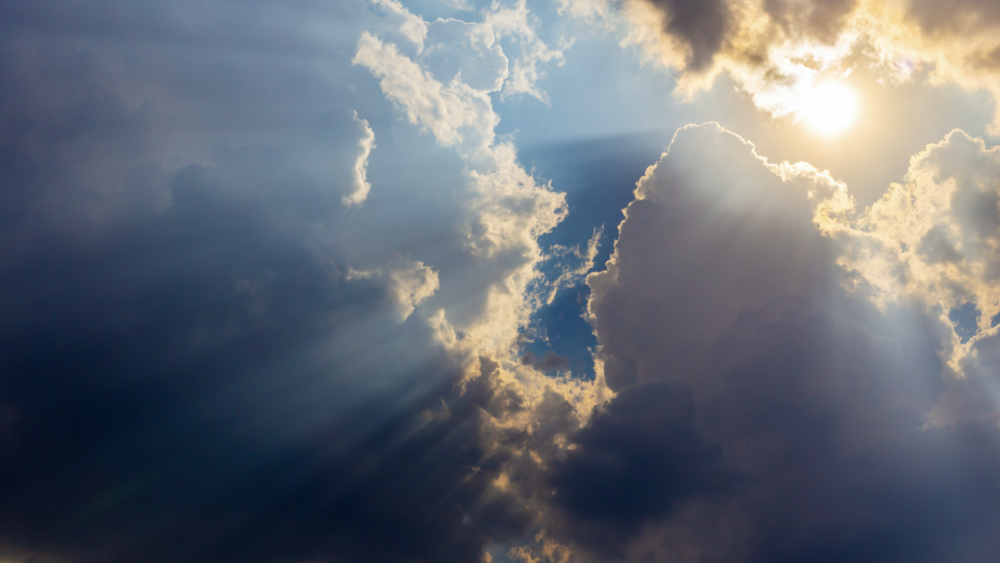 Sunshine through the clouds

March marks the month, a year ago, when we were all panicked into taking the drastic action to isolate in our own homes. Little did we expect that a year later we would still be asked to remain isolated due to COVID-19.

At last though, we can see the sun beginning to shine through the clouds and we are able to look forward with optimism.

Sadly, optimism has been something underplayed by the media and I’m dismayed that they highlight the damage to people’s mental health when actually, the media is part of the problem with their relentless avalanche of negativity, often devoid of perspective.

Perspective, of course, is what we have tried to deliver here at Blue Sky through all the turmoil.

The wood for the trees

One of our clients commented on my Weekly Market Update last week and said “blimey, I didn’t know there was so much to it” in relation to me describing the various factors at play in bringing about a short-term fall in equities.

It’s easy to get confused unless you know what you are dealing with. It is easy to become anchored in the news flowto such an extent that it paralyses decision making. It is easy to be fixated on the data around the economy and think that reflects stock market sentiment.

It’s difficult to see the wood for the trees at times, but that’s part of our job. You have entrusted Blue Sky with your money, and we see it as our duty to help provide you with perspective on what the future is likely to offer. This isn’t about giving predictions, but more evaluating possibilities and then providing you with probabilities.

I always remember our friend and regular guest speaker Justin Urquhart Stewart (7IM) saying at one of our seminars when he was referring to the financial advisory arena… “IFAs… they are all about the I and delivering sweet FA”. Justin still loves a one liner, as do I!

He was being a bit unfair to IFAs, but he was kindly differentiating us from the pack by informing the audience thatwhat they really needed was a financial planner; someone who cares and not a company whose sole focus is on just accumulating assets under management.

We have received an avalanche of referrals recently and it has become strikingly obvious that Justin was right. A significant number of enquiries are coming from people who already have a financial adviser. Without exception the service they have received has been poor or, in some cases, simply non-existent.

I cast my mind back to this time last year when I was asked to speak at a regional conference held by 7IM. The audience consisted of circa 70 financial advisers. Not an easy gig presenting to your peers, but 7IM asked me to speak about something I felt passionate about. The backdrop from most of the other speakers was mainly about the downward pressure on fees that was being highlighted in the press and being taken up by consumers. It won’t surprise many who know me well, that I approached my talk with a contrarian point of view…

This was the title of my talk. Whilst costs are important, I largely thought that as an advisory community we had missed the point. I believed then, and even more so now, that we need to sell the sizzle. Not just at the point when a client first comes on board but on an ongoing basis. It should be a privilege to look after clients’ money and I believe we have a duty of care to educate, provide perspective and reassure. Not take the fees and do nothing for it!

So, my challenge to the audience was for them to really consider how they communicate with their clientele. “How do you demonstrate value?” I asked. I was met with more than a few nonplussed faces.

Sadly, not only do we find that many advisers take their fees and then don’t do a lot for their money  supporting Justin’s comment), but in all bar one of our new enquiries, the fees charged were more than we charge with one being three times more!! Although, I must add, this wasn’t an independent adviser.

One client who had signed up with an adviser just over a year ago hadn’t heard anything from their adviser during the deepest recession in our lifetimes. With the markets having recovered, the adviser suddenly resurfaced. But, what about the poor old client who was left marooned in the vortex of negativity without the support of the adviser who they had entrusted with their money?

So, what’s my point?

First of all, this began as a blog about reflecting on this time last year and then I began to think of recent comments from prospective clients about the poor service they had received. Then I remembered my talk at the 7IM conference.

Some companies within the financial advisory community have worked hard to repair a tarnished reputation, one that the sector had acquired over many years. Greater regulation has helped enormously but it’s obvious to us at Blue Sky that a lot of work is still required to raise the standards of the consumer experience.

Trust is everything, but it has to be earned.