Blog
BSFP / Uncategorized / We don’t all have to be like the Durrells… but it’s got me thinking! 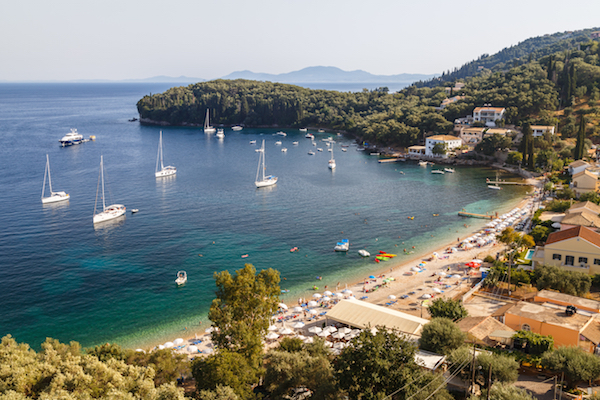 We don’t all have to be like the Durrells… but it’s got me thinking!

Running a business is not easy. Far from it. It’s demanding, it can dominate your life. It defines many of us. Without it, many owners who have sold, tell me they feel hollow and somewhat devoid of stimulus. Hence why many seek to buy another business. It’s not just about the money.

If you had a choice and you could start a business anywhere in the world, what would you do and where would you live?

Whilst on holiday in Corfu last week I met two English business owners, both in the tourist trade. Many of us have probably had similar conversations; one has had a business for 25 years and one is just starting out. One is integrated within the Island’s culture and one is trying very hard to become part of it. They are both involved in water sports on the affluent north-east coast. The small bay of Kalami is idyllic and is fringed on one side by the Durrells historic family home (as seen on TV recently).

Now I’m not saying we should all pack up, move to Corfu and start a boating business, but it was interesting to talk to the lady who had run her water skiing business for so many years. She told me that her typical day is to wake up with the morning sun and have breakfast on the terrace of the family’s traditional Greek Villa overlooking the sea. She and her husband start work at 9.30am every morning during the season. They take it in turns as to who starts work first and who finishes. They always break for lunch at a local taverna before working until 6pm or, more to the point, when they feel like it. They experience average daily temperatures of 25 degrees in the summer and then have 5 months off to dedicate time to their family and friends.

She commented to me that she sees so many people who have sold their business in the U.K. coming out to their area of Corfu, looking for utopia. They find it hard to integrate with the locals because they have no history and no common bonds. They have forced relationships with other English people who they wouldn’t ordinarily get on with. Effectively, creating friendships of convenience.

I asked her about her quality of life. She commented that she couldn’t be happier. She spoke with wisdom about people chasing the dream, chasing the pot of gold at the end of the rainbow, yet rarely do they get there. Even if they do… then what’s it all about?

When she comes back to the U.K. the pace of life hits her with a jolt. She suggested that so much energy and attitude goes into conforming with others’ expectations. It appears to her that we are all running faster and faster on our own respective treadmills, but for what she asked? So we can buy an idyllic villa looking over the sea?

She didn’t quite say these words but her views resonated with something I always say to business owners; “What’s your number?” “How much do you need to live the life you want?” Firstly though, it’s important to recognise the life you want.

Now, this is not meant to be a lecture in any way because in two weeks time my mental aptitude for living in the moment will no doubt have waned somewhat. It does make you think though. I’d like you to try a little exercise between you and your personal partner. Take 10 blank postcards each and with no conferring, write down in 5 minutes, on each of the postcards, one element of your nirvana. Once completed, compare. You might just be surprised at what it throws up.

This is the start of planning the rest of your life. The key then is organising all your assets, pensions, savings etc. into something tangible thus creating an emotional connection to the numbers and what it means to you and your family.

Despite the temptation I’m not going to tread the path of the Durrells and move to Corfu, but it sure does make you question, “what’s it all about”.

The Durrell’s had strong connections with Bournemouth, Poole and Dorset

The Durrell brothers were Lawrence and Gerald. Louisa Durrell, their mother, bought Berridge House at 6 Spur Hill, Parkstone, in 1931. Before long, she had to sell the Parkstone house for financial reasons and moved into a smaller house at 18a Wimborne Road, Bournemouth. The Durrells moved to Corfu in 1935 and their four years on the island provided the raw material for Gerald’s ‘My Family and Other Animals’ and Lawrence’s ‘Prospero’s Cell’.

In 1939, the family moved to Charminster, and later Louisa moved again to 52 St Albans Avenue, Bournemouth. She was to die in Bournemouth in 1964. Lawrence Durrell always thought of Bournemouth as a ‘living death’, but both he and Gerald returned from time to time and used it as a base between foreign travels, postings and expeditions. Lawrence once worked as a porter at Bournemouth railway station and he and Nancy Myers were almost daily visitors to H G Commin’s bookshop. Lawrence and Nancy, the first of his four wives, were married on 22 January 1935 (before the family moved to Corfu, although there is no mention of Nancy in ‘My Family and Other Animals’). He was back in Bournemouth in the spring of 1947 with Eve Cohen, his second wife, living at his mother’s house.

Claude Vincendon was to become Lawrence’s third wife, and they and Sappho, his daughter, lived for some months in 1956 in an isolated cottage near Shaftesbury. He finished his Cyprus book, ‘Bitter Lemons’ there. Durrell wrote to Henry Miller in October 1956: “My plans went suddenly awry and dammit, here I am for a few months in the heart of Hardy country, where the people talk in the identical tiresome moralising way they do in Hardy…. Fortunately, Diana Ladas rented me this tiny cottage where at present Claude and I are installed, both working like maniacs on our books. Saph goes to the village school, her accent daily getting broader and broader, but seems to enjoy it…. Our only recreation is to visit the local pub where the accent is so fantastic as to be better than the movies…. Meanwhile October is all sunshine and green grass and smoke from the cottage chimneys. Nothing has changed. The Englishman still laughs without removing his pipe; his wife wears a hat and carries a lap dog. Everything is serene and bland as suet.”

Soon after, they moved to Bournemouth again to stay with Alan Thomas, who worked at Commin’s bookshop and became a foremost authority on Lawrence’s work.

‘In The Picnic and Suchlike Pandemonium’ by Gerald Durrell (1979), the title story, ‘The Picnic’, is a humorous account of a disastrous family outing in a 1922 Rolls through the Purbeck Hills and the Dorset countryside, followed by a beach picnic at Lulworth Cove, by the Bournemouth-based Durrells. The germ-wary and far-from-homesick Lawrence Durrell, on a flying book-promotion visit to ‘Pudding Island’, as he called Britain, after ten years abroad in sunnier climes, has these words attributed to him by his brother: ‘This is an awful country. Only a full-blooded masochist would enjoy living here. Everything in the place is a mortification of the flesh, from the cooking to the licensing laws, from the women to the weather.’

Gerald Durrell’s sister, Margaret (Margot in ‘My Family and Other Animals’), ran a boarding house at 51 St Albans Avenue, across the road from their mother’s house. She started the boarding house in 1947 and Gerald visited it from time to time. He stayed there in 1951 in a small, rent-free bed-sit with his first wife, Jacquie, with whom he had eloped (they married in Bournemouth on 26 February 1951), and again in 1957, after their expedition to Bafut, Cameroon. Gerald’s zoo might have been in Bournemouth or Poole if the municipal authorities had not turned down his applications: ‘The constipated mentality of local government,’ he called it. Jersey was to benefit instead.