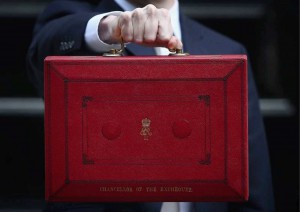 Capital Gains Tax (CGT) due on residential property is currently payable between 10 and 22 months after a disposal is made. This is out of step with the position for other taxpayers, such as those paying income tax through the Pay As You Earn (PAYE) system.

From April 2019 Capital Gains Tax due will be payable within 30 days of completion of any disposal of residential property. A consultation document will be published in 2016.

The list of qualifying investments for the new Innovative Finance ISA will be extended in Autumn 2016 to include debt securities offered via crowd-funding platforms.

ISAs: tax advantages during the administration of an estate

As part of the Additional Permitted Subscription rules, the Government has announced that it will allow the ISA savings of a deceased person to continue to benefit from tax advantages during the administration of their estate.  This will be introduced in 2016 after consulting with the industry.

As expected, there were no surprise announcements on pension tax relief, with the Government reconfirming that it will respond to the Pension tax relief consultation at the Budget 2016.

The minimum contributions needed for a scheme to meet the minimum requirements under automatic enrolment have been delayed. Minimum contributions were to have risen from 2% of qualifying earnings to 5% from October 2017 and 8% from October 2018. Now, the rise to 5% will occur from April 2018 and 8% from April 2019. The Government are doing this to reduce some of the complexity that smaller employers would have faced.

Currently, IHT may arise where the member transfers between registered pension schemes where the member knew their life expectancy was impaired and subsequently dies within the following two years. The Government confirms that inheritance tax will not arise when a pension scheme member designates funds for drawdown but does not draw all of the funds before death. Further details will appear in the Finance Bill 2016.

This December the Government will provide further detail on the creation of a secondary market for annuities, including the consumer protection package.

From 1 April 2016, higher rates of Stamp Duty Land Tax will be charged on purchases of additional residential properties (above £40,000), such as buy-to-let properties and second homes. The higher rates will be 3% above the current SDLT rates.

The higher rates will not apply to companies or funds making significant investments in residential property.  The government will issue a consultation on the policy detail.

Following a consultation document earlier this year, the Government have confirmed that they won’t be making any changes to rules around Deeds of Variation.

The Government is attempting to woo first-time buyers with a promise of 400,000 affordable new homes – plus a special scheme just for London. In the Autumn Statement George Osborne promised 135,000 Help to Buy shared ownership homes by 2021, as part of 400,000 new homes altogether. He also pledged to introduce a London Help to Buy to help first-time buyers struggling with all-time high house prices. Buyers with a 5% deposit will be able to get a loan to cover up to 40% of the property value, initially interest free.