Please find below our interim Investment Market Update as at 16th July 2021. 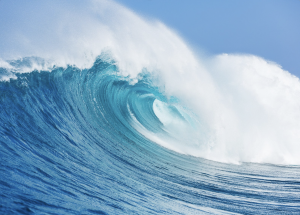 There is no doubt that equities have enjoyed a resurgence over the last year or so, helped by enormous stimulus and the unfolding vaccination programme. As I have said many times, economic data is backward looking and it reports on what has happened, whereas investment markets look ahead.

It’s fair to say, that equity markets now don’t look cheap but to generalise about them being very expensive is dangerous. There have been many ebbs and flows this year with a demarcation between sectors with many mini cycles, as international investors search for value.

Increasingly, there are articles suggesting that equities may be toppy and we should be careful of a correction. You may remember me reporting last week that our investment partner LGIM believe we are approaching the mid-cycle and short-term pull backs are to be expected.

I’ve also spoken about the consumer boom which is still ongoing and the expected spending from governments and corporates. In our view, there are plenty of waves to surf yet!

We have been introduced to some new clients recently, including a couple of companies who all have over £750,000 sat in cash. Nothing wrong on the face of it and well done to them. The problem is, two of them have had this money sat on deposit for between 5-7 years. In both cases they felt like they didn’t want to invest because they thought equity markets were expensive. Inertia is not healthy.

According to Duncan Lamont, Head of Research and Analytics at Schroders, history shows a significant proportion of returns are made after a period in which equities look expensive.

As reported in a Trustnet article this week, he undertook research going back to 1881 on US cyclically adjusted price earnings ratios and worked out what would have happened had you exited that market, when it became more than 50% more expensive compared with the historical average.

It turns out this would have been a losing strategy.

“There are 14 times historically when that has happened in the US and, on average, investors would have lost out on potential gains of 43% each time by selling too early.”

Turn off the taps or not?

I’m talking about stimulus here and Quantitative Easing (QE). As many economies are recovering strongly and inflation is rising there are many commentators suggesting that stimulus needs to be reigned back quickly and ‘the taps should be turned off’.

Conversely, only this week Christine Lagarde, the President of the European Central Bank, hinted at new monetary guidance that will be announced next week, signalling additional measures may be brought in next year to support the economy after the current period of QE ends.

Economies are complicated and undoubtedly some areas and sectors have been fractured by the crisis and will need support. Again, a blanket view is misleading.

The House of Lords Economic Affairs Committee have stated that the Bank of England QE programme risks widening inequality and has done little to boost economic growth since it began over a decade ago.

Is the US exciting or overcooked?

The world’s biggest economy is booming by most measures. Inflation has risen to 13-year highs. Unemployment is tumbling and corporate bonds are rapidly being upgraded.

As reported in the FT today, credit rating agencies are upgrading hundreds of billions of US corporate debt in a partial reversal of the downgrades at the outset of the pandemic, reflecting the strong rebound in profitability across much of corporate America.

Roughly $361 billion of higher rate investment grade bonds have been upgraded in the past two months according to data from Bank of America. The brisk pace shows that credit rating agencies believe the economic recovery has made corporate debt piles more manageable. It also reflects the abundant liquidity and low borrowing costs available to companies, in part thanks to monetary stimulus from the Federal Reserve.

Good news for our portfolios as we are more orientated towards corporate bonds as opposed to government bonds.

Stock market wise, most commentators believe the US is expensive, particularly technology. In the Markets Insider this week, the Chief Investment Officer of Morgan Stanley commented that the tech sector has driven the price to sales ratio of the benchmark index to a level, 50% higher than it’s ever been. She also goes onto say that tech profitability and earnings are vulnerable; “the sector now faces unprecedented headwinds from rising input costs, a weaker US dollar, fiercer competition, higher taxes, stricter regulations and customer backlash”.

Across our portfolios we do have an exposure to tech stocks but towards the end of last year we reduced our weightings which has served us well. Instead, our emphasis is on a more robust long-term strategy, looking through some of the short-term noise.

Our view on the US is similar to that of Duncan Lamont at Schroders, in that US equity markets are likely to push on from here as the Federal Reserve continues to be supportive, governments are spending, and companies are loaded with cash which is fuelling merger and acquisition activity.

Have a scorching weekend and enjoy your new-found freedom next week.