The good, the bad and the ugly

Tea and biscuits, or a steaming hot cup of coffee, is recommended for this week’s commentary.

Technology noticeably made a comeback and, in many areas, delivered double digit returns. Emerging markets however largely struggled, although India had a resurgence. Japanese stocks were unloved. Commodities in general weakened but the shocker was timber which surged in the first quarter. In the second quarter the price fell by circa 28% and from its peak this year, it has plummeted some 58%.

It once again reinforces that it’s important not to get too carried away. It also reminds us of why we haven’t included commodities as a direct investment across our portfolios.

It’s amazing how sentiment can quickly change. For example, banks posted stellar returns in the first quarter, whilst technology stocks really struggled. The last 6 weeks or so we have seen an about-turn with banks relatively unloved. It feels like we are experiencing a series of short spin cycles and then we have slower, longer cycles before a frenzy of activity again.

There is a lot of cash which is being deployed into markets with interest rates so low and a recovery underway -naturally, investors are looking for opportunities. Differing speeds of recovery across economies, and indeed sectors, throws up many opportunities. An asset which might have looked weak some three months ago, can now look expensive and vice versa. We believe this will continue with traders particular trying to exploit inefficiencies in the markets.

In simple terms, expect to see a series of mini cycles and a rotation of sentiment. 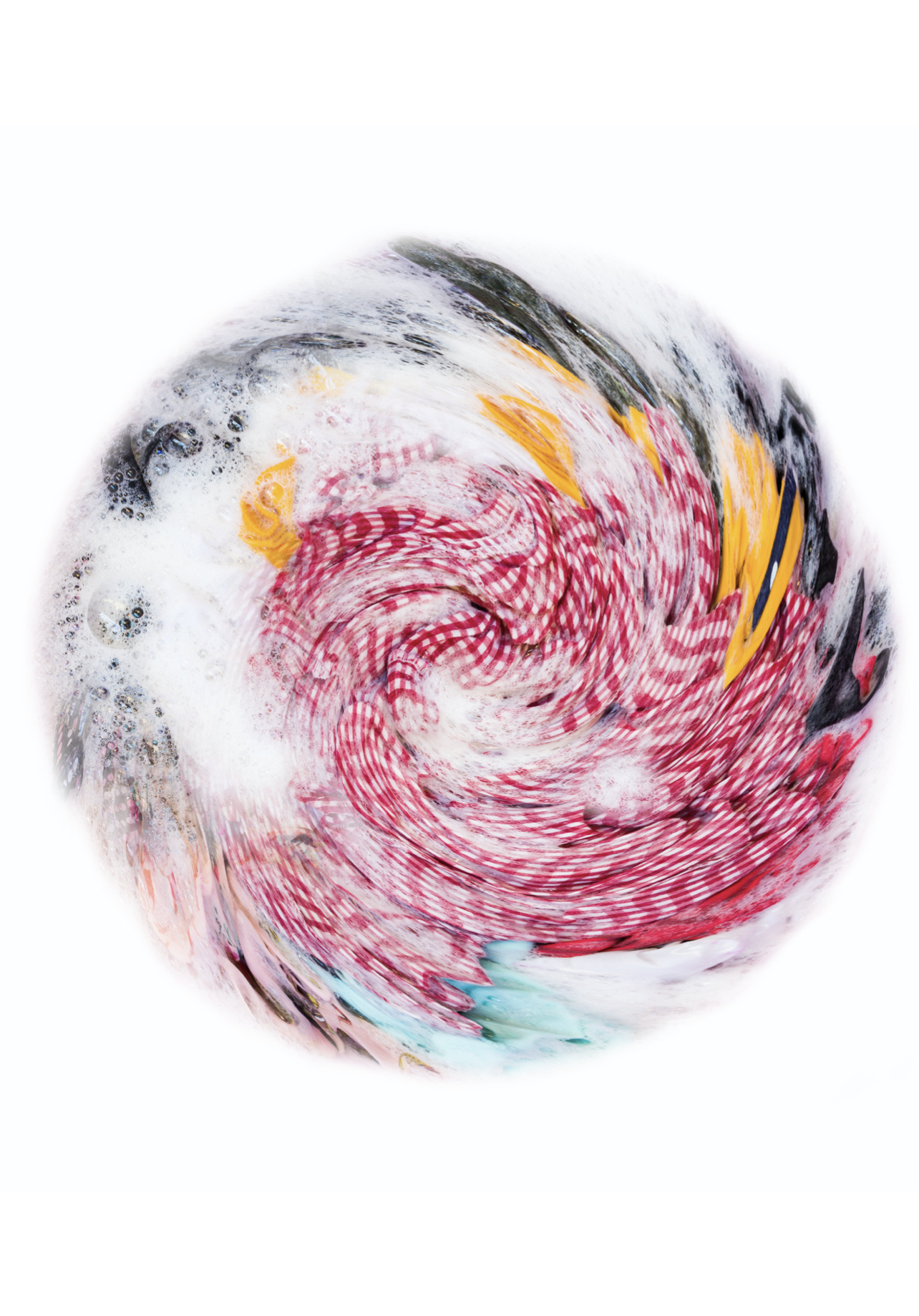 So, what do our investment partners think?

I caught up with LGT Vestra (LGTV), Legal & General Investment Management (LGIM), Foresight and 7IM and it reminded me, yet again, what a privilege it is to have their insight and benefit from their huge depth of research and expertise.

They may not always synchronise but broadly this quarter, their thinking is aligned although some have been more proactive than others. This doesn’t make it wrong or right. Last year was most certainly a year in which we all had to work extremely hard to interpret market sentiment. Whilst always difficult, this year it’s more about tweaks around the margins and being best placed for the recovery.

It was interesting to hear what Ben Kumar said from 7IM when he stated “it seems markets spend most of their time worrying about being spooked, yet the emphasis across our portfolios is to invest in companies with good cash reserves, sound balance sheets and predictable earnings”. This was reinforced by Sanjay at LGT Vestra.

Ben went onto say that investors tend to underestimate the growth phase and reminded us of how recently our world looked somewhat different. The vaccination programme was announced in November of last year and for the Christmas holidays and New Year we were bunkered down and not able to mix. In other words, its early days, even if equity markets have broadly been in recovery mode since April 2020. 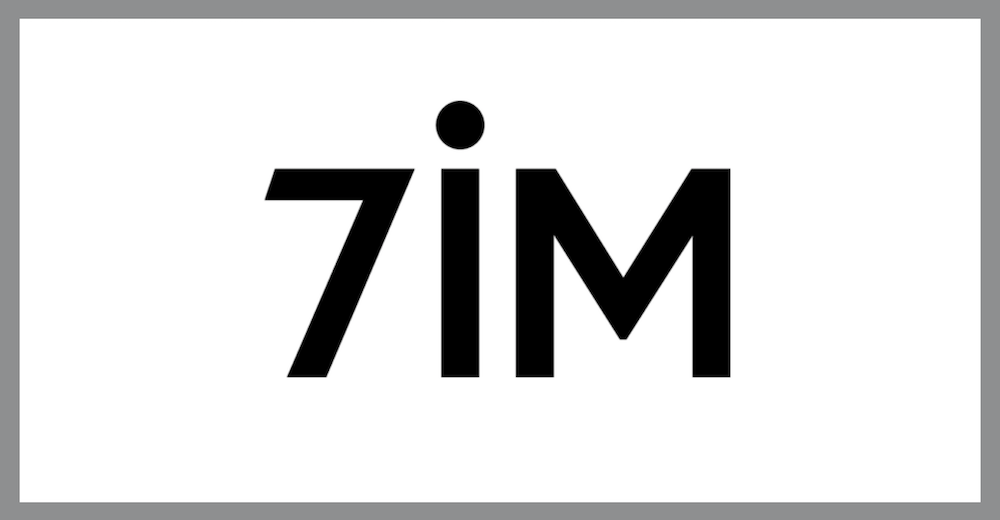 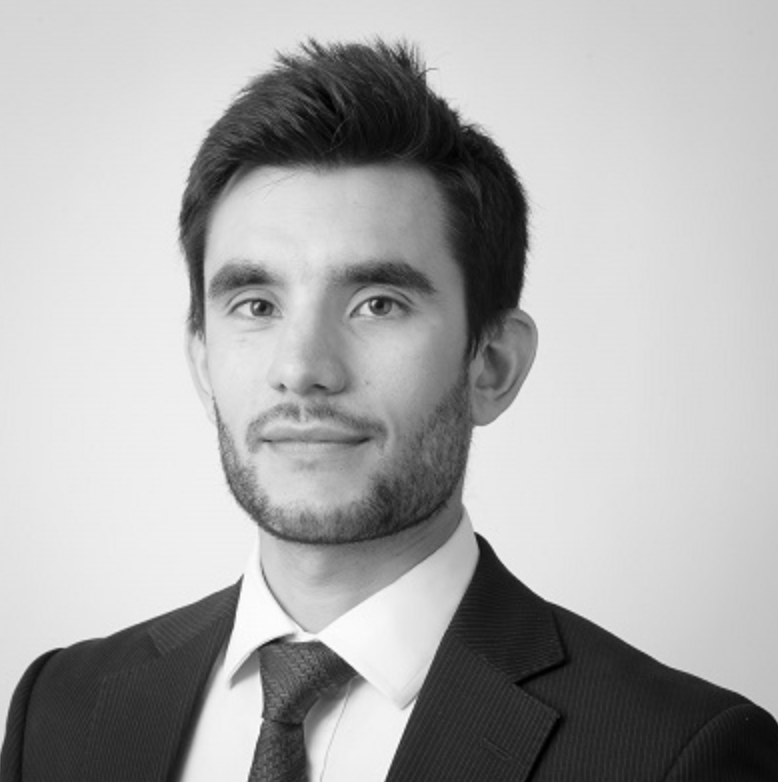 Sanjay at LGTV highlighted that there are many companies that have strong pricing power, significant cash reserves and the prospect of big margins. We discussed the value v growth conundrum which manifests in short rotations of sentiment. Sanjay reinforced that they don’t quite see it as one or the other as their focus is always on well-run companies which can seize on opportunities whilst also being resilient in times of turmoil. Now I accept this could be deemed pretty boring, but they have been proved right on many occasions. 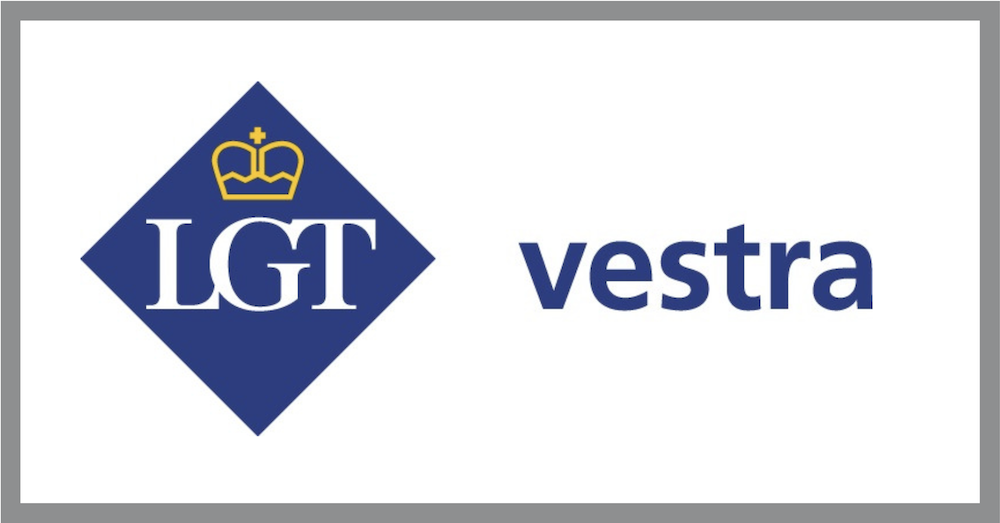 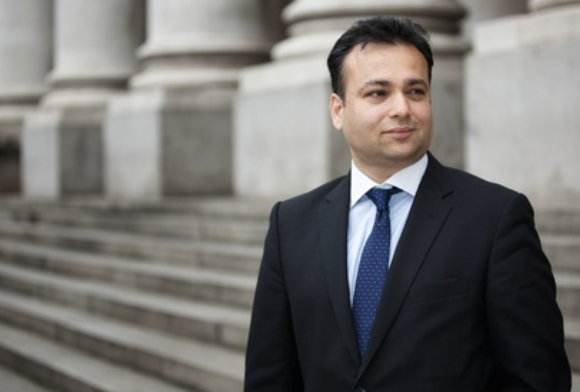 7IM have been fairly sanguine and have left their asset mix unchanged whilst LGIM who have a similar investment style, have been combining passive lower cost indices with a tactical overlay. LGIM have recently added to their technology holdings having previously reduced them. The entry price is more attractive and they particularly like the artificial intelligence vein of this sector. They also like Europe, especially large cap stocks, which supports our recent switch within our internal portfolios back in May.

Finally, back to cycles, there is a divergence here between 7IM and LGIM. Unlike 7IM, Francis Chua from LGIM believes that we are approaching a mid-cycle and this could be one of the shortest cycles ever, fuelled by the wall of money supporting economies. 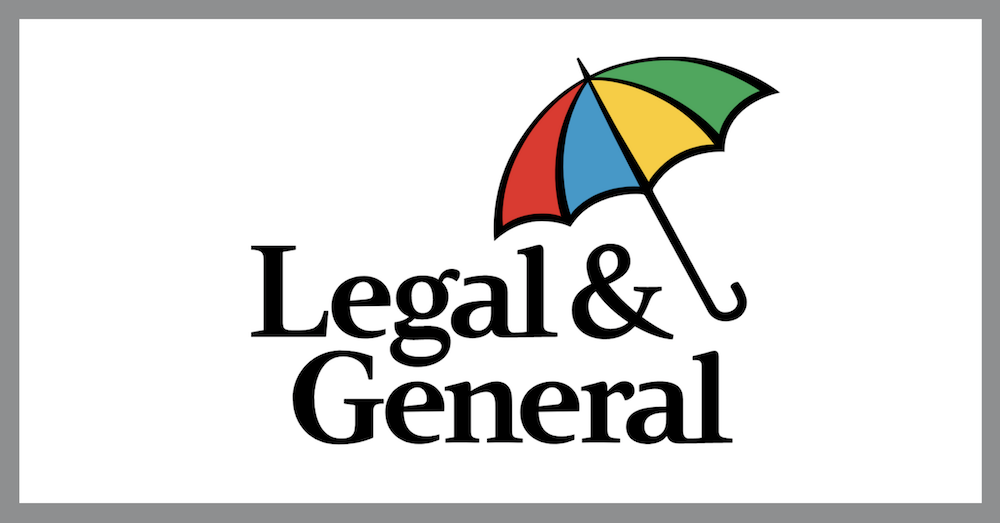 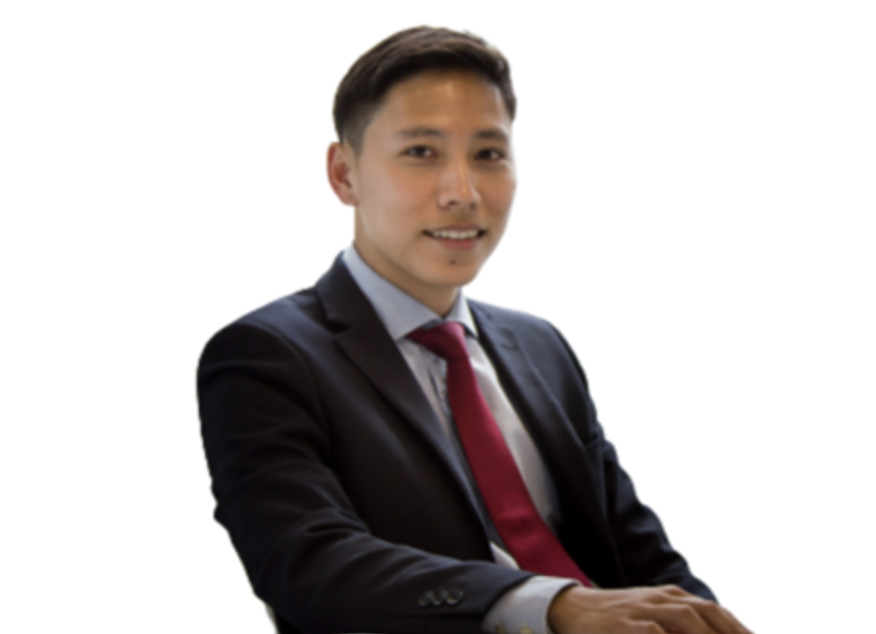 Now is the time for infrastructure?

I haven’t forgotten Foresight in the above synopsis, but their specialism is in infrastructure, so let’s hear what they have to say.

As you would expect with Biden’s commitment to infrastructure, there is a lot of excitement in this space. Infrastructure is not always associated with excitement, however the first quarter was very poor but it has recovered in the second quarter. Again, this sector was seen as dull when there were lots of opportunities to buy those unloved value stocks. As I alluded to previously, there has now been a rotation back to infrastructure.

LGTV hold infrastructure in their model portfolios via the Lazard Global Infrastructure fund. 7IM however are weighing up the opportunities in this space, especially after the pull-back in prices. LGTV, as do Foresight, highlight that in this environment of rising inflation, infrastructure investments should do well due to explicit inflation linking embedded into contracts and pricing. Foresight’s Mark Brennan, the lead fund manager for both their UK and global infrastructure propositions, reinforced this and stated that 65% of the underlying cashflows of companies in their portfolios are linked to a measure of inflation. 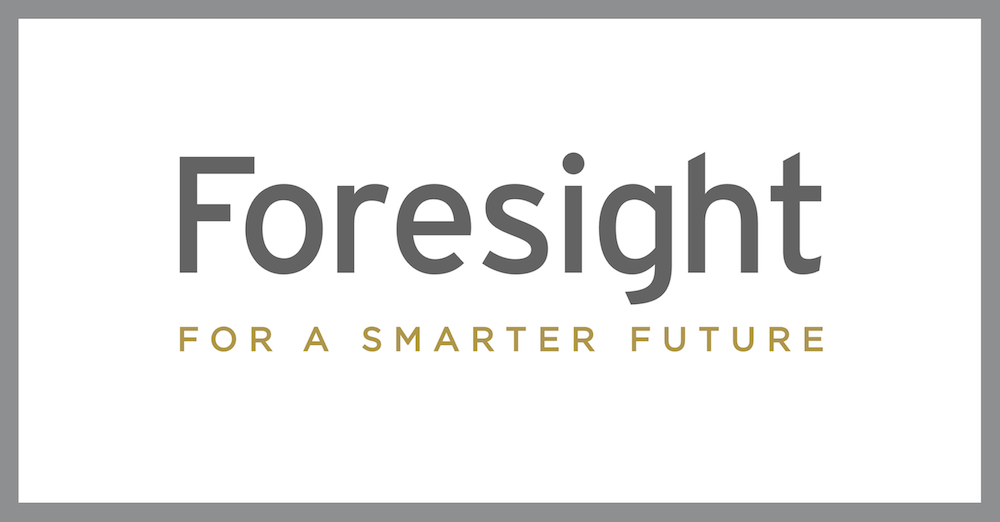 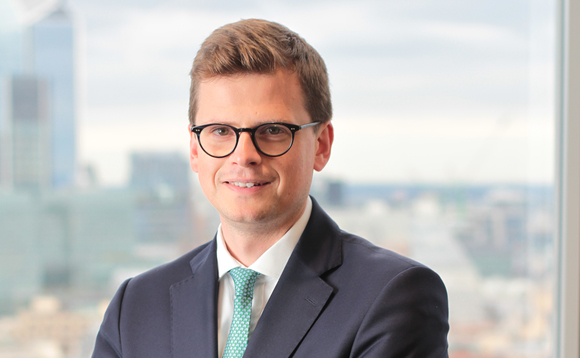 Mark also stated that it’s encouraging to see that many US investment banks have upgraded their stance on infrastructure.

Mark also reinforced that they like the digital space and this dynamic has helped their Sustainable Real Estate fund with an emphasis on purpose built and highly efficient data centres. Mark mentioned how they are seeing private companies buying and building sustainable real estate and leasing them to governments.

Storing energy using battery technology has been unreliable and fraught with problems. Mark gave one good example of a company called Scatec, a Norwegian company which is operating in South Africa, the focus here is on storing power and releasing this back to the grid.

Mark also spoke about the multi-decade shift in e-commerce and the growth of consumers buying online. He stated that for every £1billion spent online, this equates to 1 million square foot of warehouse space.

7IM who are famed for their alternative asset style are guarded because they see infrastructure as a proxy for equity funds.

Whilst LGTV like this space, they are also slightly guarded because the noise has to be backed up by action. They point out that the bill which will commit $1trillion is way less than the $4trillion Biden wanted. The compromised bill focuses more on traditional infrastructure projects omitting much of Biden’s original spending on renewables and the commitment to net zero carbon.

Foresight believes however, that there are significant opportunities as sentiment from consumers, governments and businesses are changing.

Phoebe Stone and her team at LGTV continue to not only provide desirable performance but some fantastic research into how companies are embracing ESG. A reminder here, that this stands for environmental and social governance. 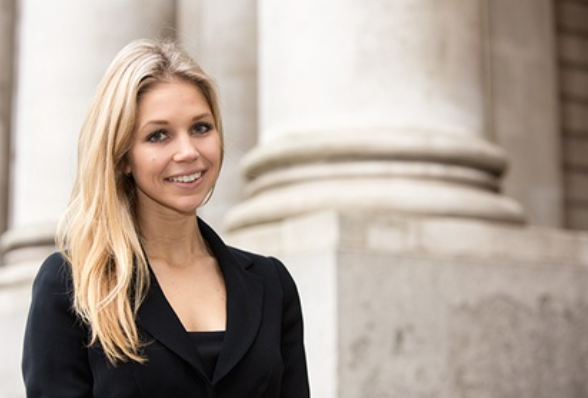 I asked Phoebe about Green bonds and she stated that there has been an astronomical increase in Green bond issuance, raising money for specific projects. Investors like this focus as they can more easily measure the influence and output. Phoebe warned that in the short-term there is a premium attached to Green bonds but believes over the medium-term, such bonds are attractive. Phoebe alluded to the UK government’s first every green gilt launching in September of this year.

Phoebe also spoke about cashflows in companies and highlighted that being sustainable actually costs companies money. An emphasis has to be not just on a company’s own behaviours but also their supply chain.

Phoebe also mentioned that there is a significant emphasis around reducing avoidable emissions from buildings. This resonates nicely into Foresight’s commitment to sustainable real estate.

I suppose you would expect Phoebe to say this as they are active managers, but we agree whole heartedly that it’s so important to look under the bonnet and understand what you are really investing into. ESG is a broad term and there are also many companies who say they are sustainable but perhaps their behaviours don’t always back up their marketing or spin!

LGIM, as you would expect, are also embracing the sustainability theme. They have launched Exchange TradedFunds (ETFs) in clean energy and clean water. Phoebe spoke about clean energy and how its only part of the solution and whilst a tracker may be cheap, active management is so important in this space.

Phoebe also spoke about the development of hydrogen fuel cells which they see as providing energy solutions down the line. Then the conversation moved onto green cement!

Ben at 7IM suggested that we should look for companies which are committed to positive change, citing VW as an example.

Finally, Phoebe passed comment that the UK is a long way behind the US and China in embedding sustainability into its economic practices.

I’m talking about inflation here. We know it’s going up and we know that the markets and central banks are keeping a close eye.

Sanjay at LGTV stated that there are three main views as to what may happen to inflation:

LGTV’s view is that it will be somewhere between the first two, but there will be concerns if inflation remains elevated for too long. LGIM are of the same view.

As you know, I could go on! I’m going to spare you though and just share a few other comments which came out of my chats with our investment partners:

We hope your tea or coffee helped you on your way and now you have a better macro understanding of the main considerations.

Have a great weekend, and fingers crossed we can celebrate on Sunday evening.

Email us your comments or feedback