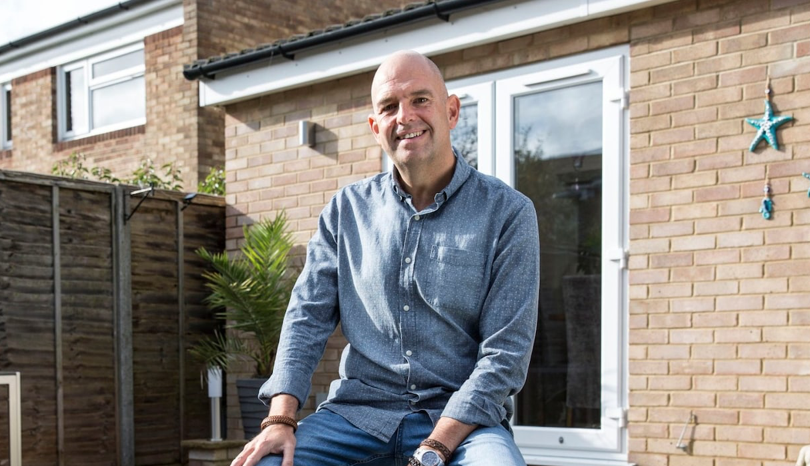 How I retired early: ‘I quit the rat race at 43 after getting fired spurred me into action’

Being able to retire early is a goal most of us dream of but don’t actually believe possible. With the state pension age increasing to 66 and set for gradual rises in the coming years, it’s crucial to save early for retirement, especially as we’re living longer.

Tony Howard from Berkshire, who retired at just 43, proves it’s not necessary to be a millionaire to quit work in your 40s, and that it can be done through diligent financial planning, saving and investing.

He spent most of his career in IT, starting out in the sector when computers were taking off. At around the turn of the century, Mr Howard, now 47, was made redundant, which he calls “my first real shock”.

He said: “My biggest insecurity throughout my life has been keeping hold of a job and earning money. I’d never been to a proper interview before in my life and I was thinking ‘what am I going to do?’

“The first thing I worried about was that I’d only bought my house five years previously and had a mortgage and only around £6,000 in the bank. I thought, ‘that’s not going to last long.’”

Mr Howard was out of work for three months before securing a job in project management.

Experiencing the worry of redundancy was a turning point in his life in 2001. He started monitoring his cashflow on an Excel spreadsheet to keep tabs on how much money was in his account and what was coming out every month.

He already had a financial adviser, but hadn’t asked for specific help with savings and investments.

“I realised I needed to start doing things properly,” he said. “My financial planner said I should start putting some money away sensibly and not just leaving it in the bank. I started putting a small amount of money into unit trusts. In those days everyone was ploughing money into endowments, and I was always advised to keep away from them.”

It wasn’t until 2005 when Mr Howard started investing properly; his adviser reviewed the unit trusts which had returned around £3,000 over five years with a £6,000 investment.

“He said I should exit unit trusts and start looking at different funds and stocks and shares. So in 2005, I started properly saving money and investing into Isas, and also had a general investment account. I tried to maximise my Isa allowance and used any extra from my salary to invest in stocks and shares through a diversified portfolio.”

Despite enjoying working with his former colleagues and clients, and earning a salary of around £77,000, he was stressed working long hours.

“Eventually, I started getting small health issues and anxiety,” he said. “My other half was getting annoyed because I didn’t want to do anything on weekends as I was completely wiped out, and friends and family were saying, ‘Tony this is enough, you can’t keep doing this.'”

But back then, never in his wildest dreams had Mr Howard thought he would be able to quit the daily grind at age 43.

“My financial planner, Gary Neild of Blue Sky Financial Planning, said the whole point of life was to enjoy what you were doing the majority of the time,” he said. “So we went through the figures, and it was actually him who persuaded me to leave my job. It gave me confidence as he’d been looking after my savings and investments for the previous decade. I took the plunge and it was the scariest thing I’ve ever done.

“You don’t have to be an entrepreneur or multi-millionaire to get out of the rat race.”

Mr Howard also had around £20,000 in savings outside the portfolio, and a small amount of money in Turkey from selling a villa there that he had jointly owned with a friend and had been renting out. This meant he didn’t need to take money out of the investment portfolio, which he wanted to keep growing.

The portfolio is actively managed and mainly invested in stocks, although he previously had some funds in commercial property for a number of years.

His investment returns have averaged 6.7pc year on year, and despite all the volatility in the markets, the portfolio has returned as much as 11.5pc this year.

Mr Howard took some money out from the portfolio for the first time this year. From January, he will withdrawing money regularly to fund his income. At 55 he will be able to access his pension fund, take a 25pc tax-free lump sum and then draw down the rest. He won’t start getting a state pension for another 21 years.

A short stint in day trading when he first quit work made him around £10,000, but he stopped when it became stressful. He still holds a number of Lloyds shares which pay out around £2,500 in dividends each year.

Not living beyond his means is very important to Mr Howard, who admitted he “doesn’t have expensive hobbies”, isn’t extravagant and lives “quite a modest life”.

He said: “I know a lot of people who always wanted the latest car, a bigger house a more extravagant holiday. I’m very fortunate in that my partner is financially independent, and I don’t have children. Also, I was lucky enough to buy a property in the mid-Nineties before the prices went through the roof. So there have been some good things on my side.”

Giving up work has given him the freedom to spend more quality time with family and friends, as well as improve his physical health and fitness which suffered from having an office job since leaving school.