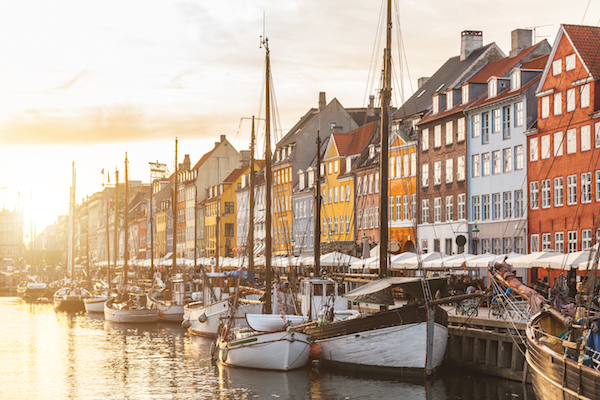 According to the UN’s World Happiness Report, Denmark was ranked the happiest nation in the world for 2016.

So why Denmark? What’s so special? Having been to Copenhagen many years ago, I can vouch for how beautiful it is but Denmark is not alone in being beautiful and so what sets it apart?

The World Happiness Report argues that the inequality of well-being now provides a broader measure of inequality generally. They find that people are happier living in societies where there is less inequality of happiness.

Professor of Economics from Aarhus Business School, Christian Bjørnskov commented “the happiness survey normally asks people to evaluate their lives. What makes the Danes so happy is that they are very trusting of other people they don’t know. Trust helps make people happy. Also, just as importantly, Danes feel empowered to be able to change something in their life they don’t like.”

He goes onto to state “the great thing about Danish society is that it doesn’t judge other people’s lives. It allows them to choose the kind of life they want which is not always possible in other countries, so this helps add to the overall satisfaction of people living here.”

Sounds a tad familiar doesn’t it? Certainly the bit about being able to choose the kind of life they want to live. I would strongly argue though that you don’t have to live in Denmark to have such a choice. Most readers of this blog will have a choice but the difference is that it is acceptable and even encouraged in Denmark to look at life differently.

It made me think that being a Financial Planner in Denmark must be relatively easy because culturally, clients are probably halfway there with regards to making informed decisions about their future.

Conversely, as a Financial Planner in the UK, it’s not always an easy gig to get clients to stop and think about the future and consider their options. Culturally we seem to pay more attention to amassing money instead of opting for quality of time and choosing the type of life we want. Sure, they are interrelated but not exclusive to each other.

I received a phone call this week from what could have been a Dane, certainly if his attitude was anything to go by. His accent told me otherwise! He had orignially intended retiring from the City in five years time. His earnings are such that surely this made sense. Yet, in reality, he and his partner are now looking to make significant changes in the next year or two. He asked me to help plan and model the potential changes in their lifestyle, and the financial implications.

It seems the attitude to money in Denmark is refreshingly different on the whole compared to other countries. Professor Bjørnskov goes on to say “money is not as important in the social life of Denmark, as for example in Britain and America. We probably spend our money differently here. We don’t buy big houses or big cars, we like to spend our money on socialising with others.”

Remember: You don’t have to emigrate to Denmark to improve your well-being and happiness. Just pay a visit to Blue Sky and take control of your future.