Please find below our interim Investment Market Update as at 28th May 2021.

No doubt you noticed that there was no market update last week. Apologies, but a chain of events meant that we didn’t have the personnel on hand to send out the update. Anyway, back to normal this week, but I’m sorry for depriving you of my weekly musings.

This short-term momentum reinforces what I’ve written about before and highlights the importance of not being too polarised in current market conditions. Sentiment will fluctuate between an appetite for growth and value stocks.

The UK has performed well over the last 6 months, but I’ve also suggested that other markets will catch up. A case in point being Europe, especially with an improved vaccination programme.

Europe is back in vogue!

As European countries cautiously awake from lockdown and investors search for value in relatively overlooked areas of the markets, increasingly Europe is being seen as an attractive destination. We switched some holdings into Europe just a couple of weeks ago within our Sapphire portfolios and this sentiment would seem to re affirm our positioning.

According to the FT, investors are increasingly optimistic, encouraged by the Eurozone emerging from its double-dip recession as member states roll out coronavirus vaccines, after a delayed start blamed on supply shortages and patchy public health campaigns. “This is Europe’s chance to actually take off,” said Agnès Belaisch, strategist at fund manager Barings. “This is not completely priced into stock markets.”

“Europe has been overlooked for very many years,” said Bastien Drut, strategist at fund manager CPR. “It has not been a darling of markets for such a long time. I think it could catch up now.”

The bullish outlook among many fund managers is built on expectations the Eurozone economy will begin rebounding at a more rapid rate in coming months as the recovery from the pandemic accelerates. Executives across the bloc reported that business activity grew this month at the fastest pace in just over three years, with new orders rising at the swiftest pace since June 2006, according to the IHS Markit purchasing managers’ index released last week.

However, at Blue Sky, we are reluctant to dive into Europe too heavily because in times of uncertainty in the market, Europe will not be immune. We favour the larger cap sector when it comes to investing in Europe.

You may remember me saying a couple of months ago, we didn’t wish to chase the UK sector because we expected other countries that have lagged with their vaccination programme, to offer good value and we highlighted Europe as an example. This seems to be playing out as we expected.

I’m close to getting fed up with talking about inflation and its possible threats, but it is never far from the news and there is no doubt it’s tempering investor sentiment in some quarters.

As highlighted in Bloomberg, Andy Haldane, the Bank of England’s outgoing Chief Economist, has been sounding the alarm about inflationary risks. He highlights that inflation represents a bigger risk to the economy than scars on the labour market, following the recession. Haldane went on to say, “there’s a better than even chance that companies facing cost pressures will take advantage of the strong economic rebound to raise prices”.

On the flip side, Michael Saunders, another policy maker, said he sees risks that inflation would “undershoot the target over time” due to lingering scars from the pandemic.

The Governor of the Bank of England, Andrew Bailey, agreed that “policy makers need to watch inflation very carefully, though there are no signs that either inflation expectations or price rises are becoming entrenched.” He attributed the recent gains in inflation to commodity prices and shortages in items such as computer chips. He also expects that an acceleration in prices this year will likely be temporary. Jon Cunliffe, one of his deputies, said inflation will later return to the central bank’s 2% target as growth slows.

While most economists agree with the Bank of England, financial markets are betting that the central bank will raise interest rates as early as next year, implying that investors expect the recovery to gain enough momentum to force the Bank of England’s hand. These comments come after data showed UK inflation more than doubled in April, to 1.5%.

Commodity prices are hurting the Chinese

The Chinese economy boomed shortly after the pandemic hit our shores as like all our western counterparts, we were largely paralysed by the virus. The National Bureau of Statistics (NBS) showed a 57% rise in profits at large industrial companies in April 2021, compared with a year earlier. However, according to the FT, the data highlighted an uneven improvement in corporate performance.

Higher prices for raw materials are increasing the costs for supply chains. The profitability of some consumer goods industries have not recovered to their pre-pandemic levels. Factory gate prices in China, which are driven by commodity prices, leapt by 6.8% last month, their fastest pace in three years. However, consumer price inflation remained below 1%.

The NBS data showed profits at businesses involved in smelting of non-ferrous metals increased 484% and mining profits doubled from January to April, compared with the same period a year earlier.

Consumption has lagged behind the strength of the industrial sector in China’s recovery, which saw gross domestic product growth return to pre-pandemic rates by the end of last year. That is a challenge for companies facing higher costs and consumer confidence, which has not fully recovered. “The problem for them is that, usually it’s very hard to pass through cost pressure to consumers,” said Larry Hu, Chief China Economist at Macquarie.

This uncertainty in the Far East has caused volatility across stock prices.

The charge rate for a 40-foot container from Shanghai to Rotterdam rose to $10,174, the Drewry World Container Index showed. That’s up 3.1% from a week ago and 485% from a year ago according to Bloomberg. Simply put; demand is outstripping the availability of the 20 and 40-foot steel boxes that carry the majority of global trade amid strong consumer spending and company restocking. Another example which will add to inflationary pressures.

Makes me feel green, but not with envy!

Shipping huge volumes of goods around the world may not be environmentally friendly but this is globalisation for you. However, there are significant strides underway to make oil companies more accountable for their impact on the environment.

Shell has been ordered by a Dutch court to cut its emissions harder and faster than planned in a verdict with potential consequences for the global fossil fuel industry. The oil giant must cut emissions by 45% before 2031, up from its initial pledge of 20%. The ruling applies to the entire Shell Group, raising the prospect of the company having to radically speed up its current climate and divestment policies. Meanwhile, as reported on Bloomberg, activist investors focused on fighting climate change have won two seats on Exxon’s board.

Some of the biggest businesses, often called ‘premium listed companies’, will have to make some disclosures from this year. A recent study by advisory firm FTI Consulting and research company Sentieo found that full compliance was patchy. Pressure is also coming from the Bank of England, which in June will launch a climate stress test for financial institutions, under which banks and insurers will have to consider whether their capital reserves are commensurate with climate risks.

I had a discussion with someone only last week who commented “it’s all well and good coming up with these targets but how realistic is it to meet these targets as many businesses are going to find it extremely difficult to achieve what is expected”.

There is no doubt there is much to be done. In many ways, the easier changes have happened but, sectors like mining, oil and heavy industry, face significant challenges and it may require some government intervention to ease the pathway. Domestically, there is also still a lot to be done, especially when we think about how we heat our homes. 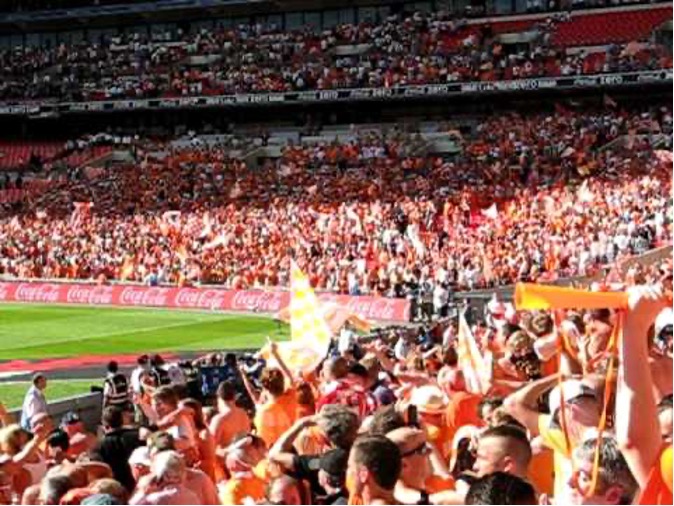 All that remains is for me to wish you a very warm bank holiday weekend. The promise of some heat, and Blackpool Football Club once again appearing in a play-off final (the most successful team in play-off history by the way), reminds me of the game at Wembley in the corresponding weekend in 2010 when Blackpool beat Cardiff 3-2… and it was 28 degrees.

What a day that was!