Please find below our interim Investment Market Update as at 25th June 2021. 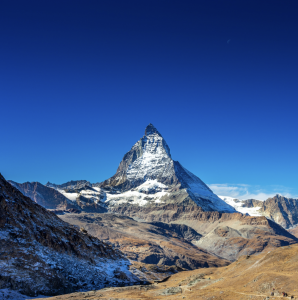 Have we reached peak growth?

This was a question posed this week by LGT Vestra in one of their regular communications.

The global economy has certainly responded well after one of the deepest recessions of the post-war era, but the question now is, how challenging will the next stage of the economic cycle be?

It has been a very peculiar time. Most households are better off than they were before the pandemic. House prices have rocketed, and consumer influenced businesses in certain sectors have experienced growth they have never seen before. Very bizarre, and at first glance we can certainly understand why consumers and investors may be somewhat confused. Of course, governments and central banks have thrown nearly everything at this crisis to keep the economy going. The upshot has been that many consumers have been awash with cash and have had more time on their hands.

With all this in mind, LGT Vestra ask whether we are at the peak of consumer spending, especially as interest rates may rise next year. If you operate in the hospitality or leisure sectors, you may have a different view on consumer spending but, even here, there are significant demarcations depending upon niches in each sector.

In contrast we have governments and some businesses only just beginning to spend. It is therefore important when investing to respond accordingly and portfolios need to reflect what is coming down the tracks, not what has gone on before.

It’s best to be active

We strongly believe that it’s best to have an active investment approach rather than a pure passive participation. However, a combination of the two can work well and this is replicated across some of our portfolios.

Stocks in general are likely to find it harder to make headway moving forward having experienced strong rises over the last year. History has shown that markets often trade sideways at this stage of a recovery. However, this is where the active fund managers come into their own. LGT Vestra reinforce their approach by stating that “active funds remain our preferred vehicle for sourcing the best opportunities in the market and if economic growth does begin to wane, then global funds with a quality bias are likely to be the best defence. Global fund managers can be nimble in switching up their style, sector or regions to take advantage of opportunities. We have a high allocation to global managers, both on an absolute basis and relative to our peers and hope they will aid the portfolios in riding out the next stage of the economic cycle”.

Being nimble allows us to adapt to changes in sentiment. The Federal Reserve’s latest comments around inflation and the prospect of interest rate hikes in 2023 and not 2022, saw commodity prices retreat from their multi-year highs and inflation indicators stabilise.

I’ve written previously about how it’s important to have a foot in both the growth and value sectors because there is likely to be a rotation of sentiment between the two. In my update two weeks ago, I highlighted that many of those sectors that were in vogue in the first half of the year were weakening and the unloved growth sectors were again attracting money from global investors. A case in point is a comparison between our holdings in the banking sector and our technology holdings.

Banking stocks have delivered a fantastic return so far this year. Our Xtrackers Stoxx Europe 600 Banks Swap ETF, which we bought at the end of last year, has delivered a return of just over 21% since the beginning of the year, after fund and platform charges. This is held in our Momentum portfolio. Our L&G Global Technology Trust, in the same portfolio and on the same basis, has delivered just over 13%. Both pretty impressive, but a significant differential.

However, from the 12th May this year when we made changes within our own model portfolios, there has been a stark about turn. The banking ETF has not made any money, yet the L&G Technology holding has grown by 12.01% and our Sanlam Artificial Intelligence fund has grown by 11.94%.

It just goes to show that this market is not straight forward.

LGT Vestra highlight that the flood of government spending will coincide with significant capital expenditure (capex) from businesses. This is something we haven’t seen in recent times, but companies are now starting to invest in huge numbers. Morgan Stanley have estimated that global investment will soar to around 120% of pre-recession levels by the end of 2022. After the Financial Crisis, it took more than two years for global investment, in real terms, to regain its previous peak.

This spending by companies is all down to confidence. Many of the large corporates are ‘flush with cash’ and are now looking to spend and take advantage of opportunities that come with change and a dramatic recovery.

Add into the mix the commitment of governments towards infrastructure and sustainability projects, and this will result in businesses having to adapt quickly to changes in both regulation and sentiment. Likewise, businesses have ramped up their spending following many inventory shortages and bottlenecks. The global semiconductor shortage has led to a flurry of investment announcements in new factories and rising freight rates have prompted a surge in new orders for container vessels.

Governments across the world have drawn up vast ‘green’ infrastructure plans and have committed trillions to transforming their economies away from using carbon. Of the $4 trillion of extra spending proposed by President Biden, $2.2 trillion looks set to go on green and sustainability-related infrastructure investment.

In Europe, 30% of the $750 billion EU Recovery Fund is to be directed towards green projects. In the UK, the government has set out a ten-point plan which outlines the approach it will take to support green jobs and accelerate the country’s path to net-zero.

Investment by governments is not just seen in Western economies though. In September of last year, President Xi Jinping of China committed to net-zero emissions by 2060. This is an ambitious target, especially as China are responsible for a quarter of the world’s greenhouse gas emissions, but the Chinese government are taking it very seriously. China’s five-year plan also indicates that further attention and resources are likely to be allocated to green energy and infrastructure spending, with the plan incorporating green targets. This mammoth spending from governments will likely be a driver for economic growth as life finds some normality again.

Come and play in the theme park

At the start of the year, I wrote extensively about investing in themes. Sustainability and Infrastructure were two of them but the thematic approach also embraces many other sectors. We suggested that we may launch a thematic portfolio which will benefit from the huge investment by governments and businesses alike. At our quarterly investment meeting next month, we will likely launch this portfolio as we think the timing is right. Such a strategy will create a satellite offering around our existing core portfolios.

Allow me to explain what I mean by thematic investing; essentially, it’s an approach which captures trends that are playing out in the world around us. It will give our clients access to emerging technologies which shape the ways we work, communicate and travel. Investing in themes means we can tap in to the drivers of long-term structural change.

I like the comments made by First Trust when they state “Now more than ever, the world is going through a huge number of transitions at high speed. As these rapid changes take place, new megatrends and themes are emerging – providing ample investment opportunities.

At Blue Sky we share their sentiment of being “dedicated to identifying the strongest themes and the most prevalent disruptors, creating accessible investment opportunities”.

Sounds to us like there are plenty of opportunities for growth!

Have a lovely weekend.