Please find below our interim Investment Market Update as at 12th February 2021.

This week, Blue Sky brings you a briefer than normal market update and then we will focus on one of the themes we like for this year and beyond.

This week, I am providing a short precise from the Bank of England governor on the outlook for the UK economy. I’m also picking up my second investment theme of the year which is Sustainable Investing.

Markets tread water but the outlook for the UK economy is encouraging.

Investment markets have been sanguine this week. As always, there is a lot happening on many levels, but the major equity indices have been treading water. I thought I would therefore share with you what was reported on Bloomberg this morning.

“The UK economy is poised ‘like a coiled spring’ with enormous amounts of pent-up financial energy waiting to be released, according to Bank of England Chief Economist Andy Haldane. The population is desperate to get their social lives back and spending their accumulated savings, Haldane wrote in the Daily Mail, adding that business and government spending will give the economy a further boost. He sees annual growth in double digits a year from now and inflation back on target.”

Good news indeed and reaffirms what we have been saying for some time.

I’ve written and spoken a lot about sustainability and, as many of you will know, we started embracing Sustainable Investments in a more dynamic way in November 2018. Just over a couple of years on, it appears as though you can’t read anything without sustainability appearing in some guise or other; whether this be economic, financial, environmental, social or community led.

So, what is behind sustainability becoming part of our psyche?

A number of factors have come together to create a tipping point. Recycling at home is now the norm for most of us with our Local Authorities facilitating this behaviour. Governments have been more vociferous in their condemnation of behaviours that are adversely impacting the environment. The ‘Attenborough Effect’ has been huge, as has Greta Thunberg’s influence in inspiring an international movement to fight climate change.

Lockdown has allowed many of us to sit back and reflect on our behaviours. There has been overwhelming evidence of how the environment appears healthier; our waterways and our air quality have improved dramatically. Then there is the ‘Biden Effect’ with the new President moving the US into the Paris Agreement on climate change. Important, of course, as the US is the world’s second largest emitter of greenhouse gases.

Let us also not forget the role of the financial institutions. Pension Trustees now exercise tremendous due diligence around ESG (Environmental and Social Governance) when picking assets and investment vehicles for their members. Investment fund managers are increasingly screening companies for their ESG credentials before adding them to their stock lists. One good example of a company with a high ESG rating is Microsoft, whereas Amazon used to have a low ESG rating. Guess what, Amazon reappraised how they ran their business and have made significant strides towards becoming a sustainable company… because it’s good for their stock price as well as the environment!

Financial regulatory bodies are also raising the bar with expectations that companies demonstrate they have considered ESG as part of their culture and advice.

Environmental consciousness will drive sustainable behaviours and many companies have an embedded culture of wanting to do the right thing for the environment. Others are in danger of paying lip service with their sustainability philosophy being just a tick box exercise.

Many years ago, ethical investing was fraught with difficulties as the criteria for what constituted an ethical company was wide and varied and it was difficult to measure. I distinctly remember that 12 years ago, I looked over a new client’s ethical holdings and she had 5% in British American Tobacco in her portfolio! This wouldn’t pass most people’s view of what is sustainable.

In those days there were a very narrow spectrum of companies which were deemed ethical and invariably, one had to compromise one’s own values with performance. Nowadays, it’s quite the opposite with more and more companies embracing ESG and extensive research data being available, allowing investors to make an informed choice. Over the last year or so there is no doubt that those funds embracing ESG have proved to be more resilient and for the most part, have delivered superior performance compared with their mainstream counterparts. The LGT Vestra Sustainable Portfolios support this.

What is the criteria for ESG investing?

An article from Hugo White from FE analytics summed it up nicely:

“ESG is a useful but deceptive abbreviation. The three individual components cover a wide spectrum and sometimes conflicting areas. In some cases, other terms are used interchangeably. These include phrases such as responsible, ethical, ‘investing for good’, impact investing or social investing to name but a few. Essentially, they all cover the same premise, in that a fund or portfolio will invest assets in a certain area, or as is more likely the case, avoid certain ‘sin’ stock or industries which adopt practices with which an investor may disagree (for example unnecessary animal testing).”

The Sustainable Investment pillars from the United Nations allow for the translation of a framework of global social and environmental change into an investable universe. 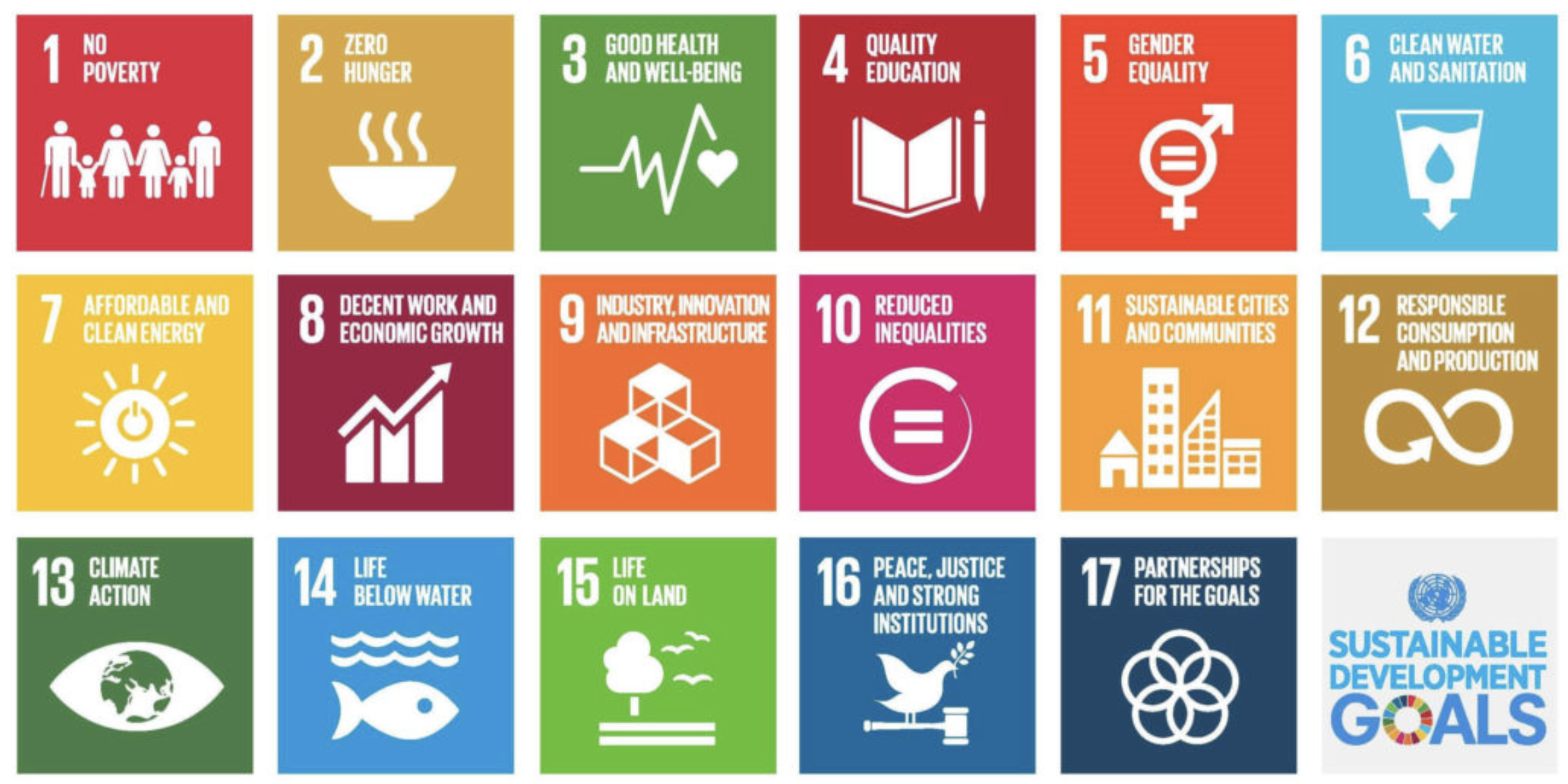 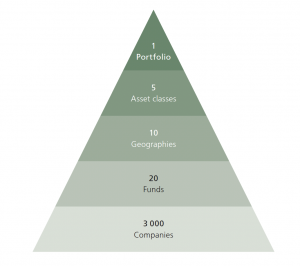 Our preferred partner for ESG investing is LGT Vestra because we admire and embrace their passion, particularly Phoebe’s, and we can be assured that their ‘deep dive’ into companies doesn’t compromise ourselves or our clients.

This pyramid from LGT Vestra identifies the components typically involved in creating a sustainable portfolio.

ESG is undoubtedly exploding in popularity. Apparently, some 250 new Sustainable Investment funds have been launched in the last three months. I’m pleased to say we have been at the party for some time!

However, there are lots of ‘cross threads’ because when you look under the bonnet, many companies that appear at first glance to be environmentally friendly aren’t necessarily as sustainable as we may think. Let’s have a look at three examples:

The online retailer has seen sensational growth. The MSCI rating agency gave Boohoo an AA rating based on 37 key ESG criteria. According to FE analytics and the Financial Times, nine Sustainable Investment funds had Boohoo as their top holding!

Yet when the Sunday Times revealed poor working conditions in their factories, the share price tumbled. Apparently, the ratings agency had given the company such a high rating because its manufacturing was based in the UK creating a lower carbon footprint, yet it overlooked the humane side of working conditions.

I mentioned them previously because here is a company which scores very highly for its corporate governance and commitment to diversity among its senior leadership team. However, most of us wouldn’t class this company as sustainable because of its product.

The electric car manufacturer is often flagged as a standard bearer for being environmentally friendly. The cars avoid using dirty fossil fuels, yet its batteries contain Lithium whose extraction is dependent upon mining. If you follow this through, many consider mining as a problem because it doesn’t meet ESG criteria. Poor governance, poor working conditions and corruption means it invariably fails on social impact criteria.

This may all seem a bit negative, but it just shows that when investing into so called ESG companies, we have to be very careful as to the criteria used. No wonder regulatory authorities are showing a keen interest.

This further reinforces why we use LGT Vestra for our Sustainable Investment approach. Culturally they are passionate about ESG and their depth of research is essential if we are to be confident that we are truly embracing environmentally friendly investments.

A serious investment or a bubble?

Mark Carney, the ex-governor of the Bank of England, describes investing in all things ESG as the greatest commercial opportunity of our time. Strong words!

I have often used to start my conversations with Phoebe Stone from LGT Vestra with the question “is this just a fad”? Not because I was doubting the environmental revolution but really just to echo the sentiment of what I was often hearing and reading. In fact, Phoebe often went on to say that in years to come, there will not be any differentiation between the mainstream investment markets and Sustainability Investments… every company will be expected to be ESG compliant. Interestingly enough, I don’t ask whether it’s a fad anymore as the evidence is there to see.

An environmental and cultural revolution is clearly underway!

Some snippets from Phoebe & LGT Vestra

Whilst the changing dynamics towards Sustainable Investing is exciting, Phoebe recognises that it still has a long way to go before we can all be confident that the damage we are inflicting on the environment goes into reverse.

Some sectors, like the oil and gas industries, have a lot to lose. They fear that they may be left behind and many are scrambling to change. Sadly, some will fail because they may be too big to change quickly enough. Those that are likely to succeed are the early adopters of change.
Phoebe stated that China is investing double what the US is committing to green issues. Now, on many levels, China would fail on ESG criteria, particularly around its human right history. Accepting this, they are worried about climate change and rising sea levels, especially as most of their major cities are on or near the coast. Investment into the green revolution of renewable energy makes perfect sense. As an economy they also want to be self-sufficient in their energy production and consumption. So, here is an example whereby the drive for green energy is not really about the environment but more to do with their own protectionism and economics.