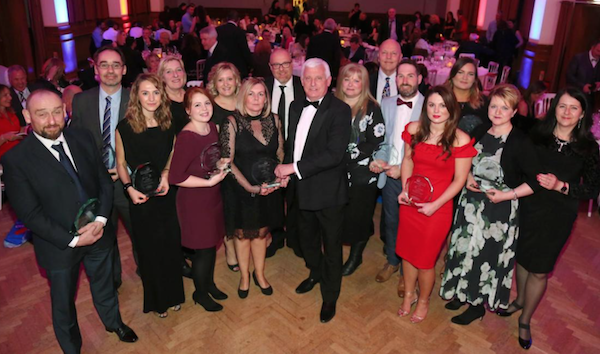 What’s stopping you making a difference?

One of the most gratifying things about life has to be when we make a real difference to those around us. Some of us are lucky enough to be paid for doing it.

I was reminded of this when I attended the Bournemouth Daily Echo School Awards at Talbot Heath School last week. The room was full of teachers dedicated to ensuring that young people fulfil their potential. It was really uplifting to witness such passion and enthusiasm!

As many of you know, I’ve been supporting schools for many years with an emphasis on improving financial education. This particular event, the School Awards, really resonated with me. It was therefore a privilege to be able to sponsor the Lifetime Achievement Award. 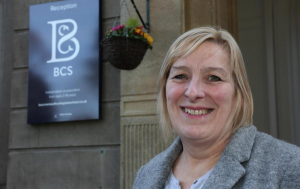 Congratulations go to all the winners (pictured above) but a big mention has to go to Suzanne Stoddard from Bournemouth Collegiate School who won the Lifetime Achievement Award.

Suzanne was nominated by her colleague, Stephen Pumphrey, who said:

“Suzanne has demonstrated a life long record of achievement to the teaching of mathematics and has been an inspirational Head of Department. She works tirelessly for her students and is never satisfied with anything that is second best”.

A labour of love for sure, but it was evident that her passion still shone brightly. The School Awards are a great idea and an inspiration. However, not everyone is fortunate enough to be recognised for the fantastic amount they give back to those around them. The problem is that so often we are not giving back. We can all get trapped in our own busy lives and don’t even spend enough time with our loved ones, never mind helping anybody else! Many of us are guilty of not having the time or energy to think, appreciate and recognise the good work and ‘unsung heroes’ that are around us. In my opinion, we need to create more space and time in our lives.

I had an interesting conversation with clients, Neil and Pauline, earlier in the week along these lines. They previously never had much time for anything except work…

Both Neil and Pauline retired last year, and guess what?

“They don’t know where the time goes!”

They are spending quality time with their young grand-daughter now and are giving some tender loving care to their property and garden. Apparently, well over due as they never had time, nor the inclination, when they were both working… although they did have the money.

The next phase for Neil is to get himself fitter and healthier. No longer having liquid lunches in the City is certainly a start! We spoke about health and well-being at our last meeting, and he said he recognised that he needed to ensure that he was healthier in order to enjoy his retirement but also to have a greater positive impact on those around him.

As I always say, if you are feeling mediocre, you are more likely to have a mediocre impact on those around you.

Try to be the best you can be, and make a difference to others.

Neil and Pauline were kind enough to write us a fantastic testimonial too:

“How far would you be prepared to travel to achieve blue sky? A few thousand miles maybe, perhaps to Spain, Italy or Greece. Well, in September 2015 we went about 130 miles to Poole in Dorset in search of our blue sky. It turned out to be a very fruitful mission!

At Coy Pond we made our way into Blue Sky Financial Planning who had previously been armed with our relevant financial information. Following a warm welcome and very professional presentation we left 3 hours later doing high fives in their car park.

‘You can retire now’ they said, much earlier than we could ever have expected as we were only 59 and 60; both anticipating at least another 5 years at work. Based upon our current spending pattern we were told our funds would not run out until age 94 barring any unforeseen circumstances. Wow, what were we waiting for?!

The power of professional planning, help and support had hit us head on, so in June 2016 we did retire and have not looked back since. We now have the time and resources to experience the real blue sky (Greece next) and all this is thanks to Gary Neild and Russell Skinner at Blue Sky Financial Planning.

Our strong recommendation to those who haven’t yet planned for the rest of their lives, is to not delay doing so any longer. Gary, Russell and their colleagues are waiting to do that for you now and we are very confident that if you engage them, you will not be disappointed.