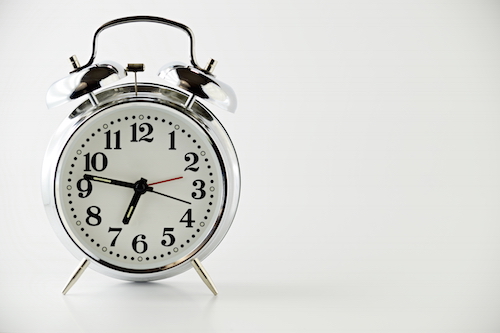 The clock’s ticking… so go and enjoy yourself!

It may sound a tad irresponsible, but I would encourage you to go and enjoy yourself and not worry about the money.

Reckless advice on the face of it, but in the right hands this makes perfect sense. Yet the very people who can afford to do this are generally the people who don’t put this into practice… and vice versa!

What am I talking about? Many people we see in our capacity as financial planners, have done a great job of accumulating wealth for their retirement. Creating an array of investments, pensions, savings and sometimes property.

The habit of building wealth is to be admired but there comes a time when your habits need to change.

I’m talking here about not having a fixation on just growing your money and instead, spending some of it. But, after decades of growing your wealth, this is easier said than done!

Generally, we are living longer, and I appreciate we have to make sure our money lasts our lifetime. But, how much do we need?

In my experience the vast majority believe they need significantly more than is the case in reality. A recent Financial Times’s report showed that Brits are hanging on to their wealth in retirement, rather than ‘decumulating’ it in the expected manner. The Institute for Fiscal Studies says that, on average, individuals draw-down only 31% of their assembled wealth between the ages of 70 and 90 – rising to 39% among savers in the top half of the wealth spectrum.

Are retirees saving their cash to leave it to their millennial grandchildren when they die? A fine sentiment, but also a fine prospect for HMRC, of course.

Are they preserving it to be able to defray care home fees? In fact, only 7% typically spend more than six months in a home, says the FT.

So, what’s the answer? Simple; embark upon financial planning. It will help you define your number; that’s how much you need and when to live the life you want.

After you have worked out the latter and set goals, we work together to put a plan in place to make sure you can enjoy your money whilst you have good health… with confidence! Stress testing various scenarios and evaluating the options means no more hoarding capital ‘just in case’.

In my mind, this should be a real motivation to step forward and start spending some of your money whilst you can still really enjoy it. Don’t wait until you are too old and you have less choices.

Just for the record, nobody that we have dealt with has ever regretted embarking upon financial planning. Conversely nobody on their death bed has ever said “I’m glad I put things off!”