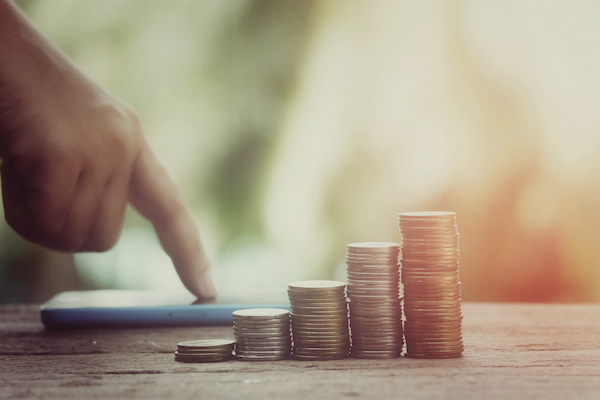 Is your money working hard enough in the bank?

Following the financial crisis of 10 years ago, the interest earned on our savings has been paltry. With inflation being higher than any interest bearing deposit account, in real terms, we’ve all been losing money.

….and it’s not getting any better!

The consumer group Which has previously accused banks of “double standards” when passing on any rate rises to savers. In September, after the recent rate rise in August, Which, found that around two thirds of instant access accounts failed to see any immediate rise in rates whilst over the same time period, in contrast, almost half (48%) of providers had raised their standard variable mortgage rates by the full 0.25%.

Let’s face it, banks are a business and use our money to make profits for themselves.

I like this quote from the American poet, Robert Frost: “a bank is a place where they lend you an umbrella in fair weather and ask for it back again when it begins to rain”.

It’s easy to criticise banks, but we need them so that we can function in our everyday lives. It’s just important not to leave a reasonable amount of money languishing on deposit for too long.

I’ve spoken with a number of people recently who have been stockpiling money on deposit because of the uncertainty of Brexit. Understandable, with all the negative news around, but when is it going to get any better? How long do you leave it there? Leaving money on deposit for too long is, in effect, guaranteeing that you will lose money.

There are many alternatives with some products offering guaranteed protection of capital with the prospect of an income which matches or beats inflation. There are some products that promise to repay your capital and deliver significant returns over a fixed period of time, subject to the performance of certain stock-market indices.

Whilst these may be a good alternative for part of your money, it is also important to ensure that any money kept on deposit is working as hard as possible. This is why Blue Sky are offering a cash management service. This means we can evaluate the market at any given time and inform you of the best fixed term and variable deposits available. We also ensure that your money is spread around to protect it in accordance with the FCSC limits of £85,000 per person, per authorised bank or building society. There is a fixed fee for this work but obviously the net result has to be a better financial position for our clients.

Charlotte Nelson, a finance expert at Moneyfacts, said: “With the percentage of savings accounts that pay above base rate, currently at a five-year low, now is not the time for savers to rest on their laurels. In order to achieve a decent return, they must work hard and actively shop around to maximise their interest”.

It’s important not to let money slip through your fingers! Contact us today for further information.