Blog
BSFP / Blue Sky Blogs / How does the news influence your life?
Mar 13 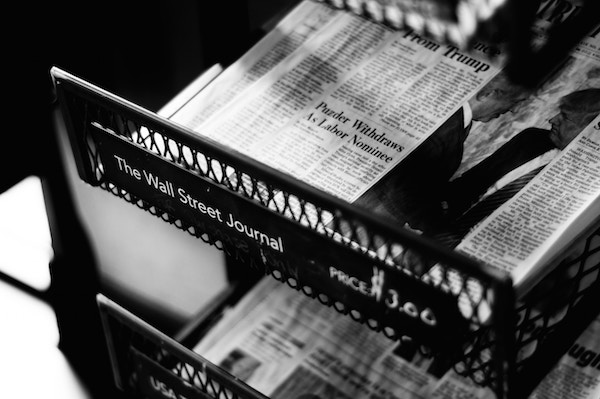 How does the news influence your life?

I read with fascination an article which recently appeared in the New York Times (written by Sam Dolnick) about how a guy, who following the appointment of Donald Trump as President of the United States, decided to have a self-imposed amnesty on any political news.

Having tucked himself away in Ohio for the past 17 months or so, he has come to believe that being a consumer of news doesn’t enhance society. He goes onto say “I’m emotionally healthier than I’ve ever felt”. The experience has made him question the very value of being fed negative news each day by the media. “Why do we bother tracking faraway political developments? What good comes of it?”

On a personal note, I never watch the news before I go to bed. My thinking is why finish your day with an avalanche of negativity? In fact, I’ve gone even further than this; at Blue Sky, we manage a significant amount of money and so it’s important that we are well versed in the dynamics of global economies and investment markets. I used to watch Bloomberg for 30 minutes every morning to catch up on the global markets and sadly, it was pretty much the first thing I did. There was no doubt it was informative but the way the news was delivered was sensational.

I decided to embark upon a little experiment of my own following the frenzied reporting of the US Presidential election; don’t watch Bloomberg for 6 weeks and see how you feel.

Did I miss it? Not one bit. The reality was, I felt more relaxed and less anxious. Now I don’t watch Bloomberg at all. I choose more carefully how I research and learn about what’s going on in the world.

So, why am I saying all this?

Because it’s not just me it affects.

The recent correction across stock markets was, in our opinion, very welcome. Yes, it was disappointing but as Justin Urquhart Stewart from Seven Investment Management stated at the time, “this is simply the froth being blown off the top”. Yet, the reaction in the press was out of kilter with the reality and with the way that it was reported in some quarters, you could have been excused for thinking we had another financial crisis on our hands!

I was contacted by all manner of news agencies wanting to ascertain my thoughts, but of course they weren’t interested when the market was rising! There’s nothing like bad news to cause a media frenzy.

With 24 hour news, multiple media channels and social media, we are constantly bombarded with negative news, which often causes an over-reaction. Fortunately, our clients understand what we are doing but this doesn’t stop people occasionally being worried about the fate of their investments and/or pensions. You can’t blame them really when there is no escape from the latest headline. The problem is, it causes a negative bias. It creates doubt and anxiety.

This is where financial planning comes into play. It’s so important to understand that short term noise is not a long-term problem. Understand what you need to achieve over time and evaluate against your agreed growth rate to ascertain whether you are on track to meet your goals.

If you are easily influenced by press negativity then do yourself a favour; don’t follow the news, or at least be selective about how you keep up to date. Create your own news amnesty and see how you feel.

You never know, you might “feel emotionally healthier than you’ve ever felt!”

If you want to read more about the guy in Ohio click here.