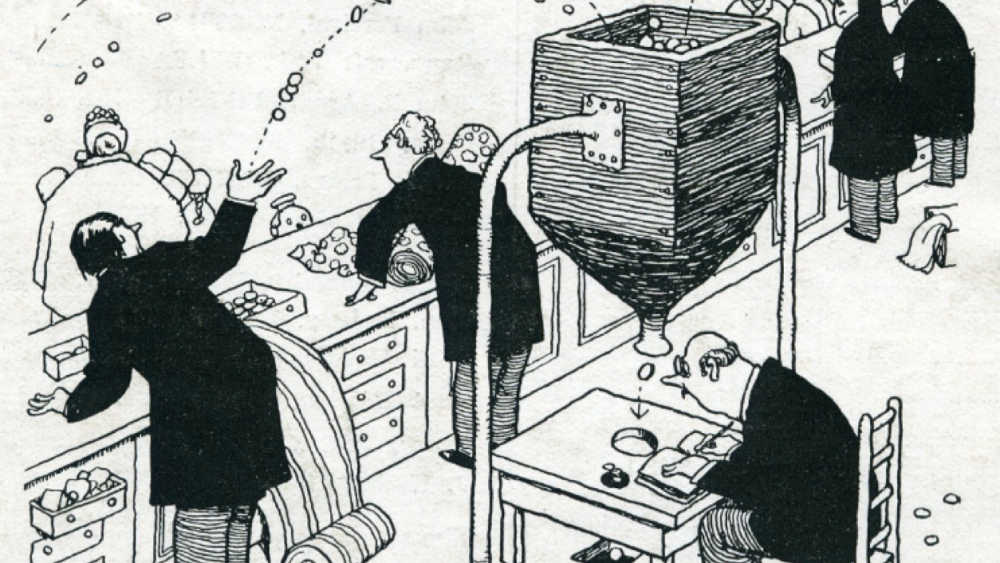 This is a well-known phrase in the English language, and one which is closer to Blue Sky than I, for some considerable time, ever realised… more about that later!

Heath Robinson, as many readers will know, was infamous for his drawings of mechanical and engineering devices. To many, they were fascinating and ingenious, to others they were viewed as nonsense because they were clearly unviable on any practical level.

Recently, my wife Sandra and I we were privileged enough to tour North West Spain in the region of Galicia for 9 days. If you’ve not been, I would thoroughly recommend it. A very different feel to other parts of Spain and graced with not being over-run by boozy Brits, and the cuisine is delightful.

Whilst we were over there, we met up with friends who live in Spain. They are Blue Sky clients too, and are real converts of our Planning methodology, particularly as it has allowed them to retire early and live a lovely life in Madrid (with real confidence I hasten to add). Our friends frequently return to the UK to see family and friends, and he commented that people are amazed that he has been able to retire at such a young age. He tells them that they would probably be able to do the same, if not now, in the near future. If that is, they got their finances in order and prioritised what’s really important to them.

Here is the rub; my friend states that so many people, from what he observes, live a materialistic lifestyle and are keen to present to the outside world that they are successful and happy… but he asks “whose lives are they living? Their own or what is expected of them?”

Financial Planning allowed him and his family to evaluate what was important and realise “the power is in my hands (with some help from Blue Sky).” It’s a good place to be – wouldn’t you agree?

My friend went on to say; “what amazes me is that deep down, many people are more unhappy than they let on, yet they don’t do anything about it. They have a very Heath Robinson approach to their finances. They draw up a basic plan but more often than not, it’s just impractical. It won’t work.”

He has introduced a few people to Blue Sky and I’m pleased to say we are creating Financial Plans which are making a difference.

I’m all for a fun approach to managing money but it has to have some substance and viability, unlike Heath Robinson’s drawings!

I suppose it’s inevitable that we are a product of our experiences but equally, it’s important not to let pre-conceived ideas limit our thinking or horizons. So, what is the link to Blue Sky, aside from our client’s comment? When I told our friend his jaw dropped with surprise and admiration… Heath Robinson is the great grandfather of one of our Directors, Tammy Smith. Thought that may surprise you!

I must add that Tammy’s approach to her work is at the opposite end of the spectrum to Heath Robinson’s. Just as well, with the responsibility of looking after clients’ money!