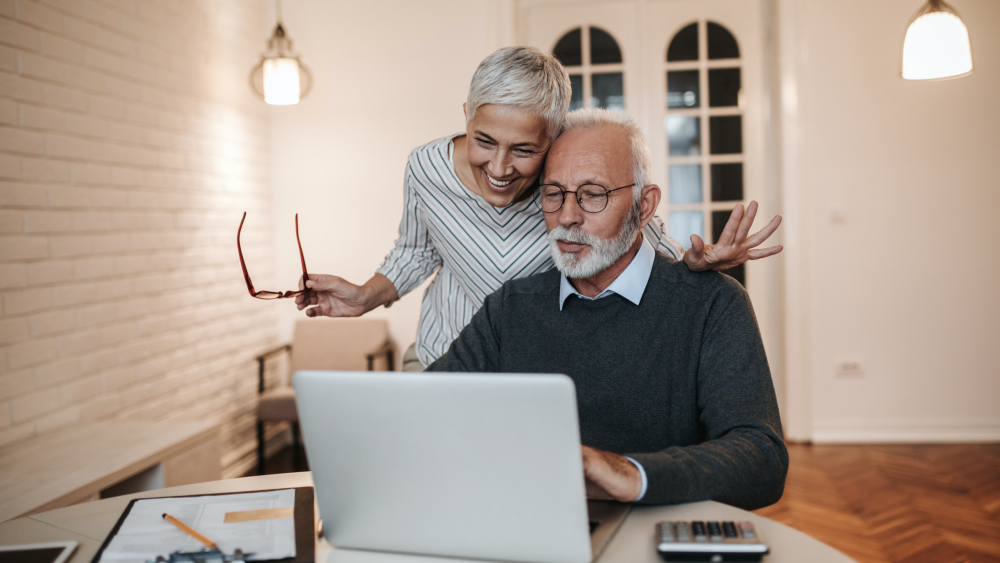 When I was thinking about writing this blog, I thought I might have to use my words carefully regarding gender stereotypes. I then read an article in the Sunday Times last weekend entitled ‘Mind the pay gap – men unhappy when wives earn more’. The stereotype of the male breadwinner may still be bigger than we realise!

Apparently, research has found that husbands feel a thrill if a pay rise widens the gap between their earnings and those of their lower paid wife – but women get no such kick if the roles are reversed. The researchers at City, University of London, found that men feel a “psychological kick” in life satisfaction if a salary boost increases their earning superiority within their marriage.
I would be interested in your comments!

Actually, what I wanted to talk about in this blog is the key person dependency risk, whether it be male or female orientated. In my experience, when it comes to managing money (and this reinforces traditional stereotypes), it is more often than not the male in the relationship who takes the responsibility for matters such as pensions and investments.

Incidentally, in my house, I invest money on our behalf into the Blue Sky portfolios, but it is my wife who takes care of the finer details!

It doesn’t really matter quite how it works, but a shared responsibility, I believe, is important. It is dangerous to have a key person dependency risk. In other words, it falls onto one person’s shoulders to manage everything financial. What is the situation if something adverse happens and this person is no longer around?

Some of the problems that could be encountered are:

But perhaps there’s a greater risk

What if this key person dependency risk has a negative impact on your life in another way?
I am thinking here about the person who is controlling the money, framing the discussion with their partner in a way which is laced with their personal biases. The manifestation of this can be that the partner behaves in a way which is consistent with an outlook interlaced with caution and perhaps negativity.

Flying being a case in point

Many of you know I don’t like flying, yet I still travel abroad by plane (well, I did!). I have to overcome my deep reticence if I am to explore other parts of the world. The rest of my family are extremely chilled about flying. If I wasn’t able to cope with my fear, then this would undoubtedly limit the opportunities and experiences my family enjoy together.

I was talking to one of our clients recently who have family in New Zealand. She also doesn’t like flying but, on the long-haul flights, it’s more bearable for her if she travels in business class. She’s not demanding on any other matters, but this is part of her coping mechanism. Her husband is careful with money and would not, on any other level, be so indulgent. However, as it concerns seeing their children, he deals with it.

After my recent chat with them, it got me thinking about a whole raft of clients where I could identify the framing bias around money and how, if they are not careful, it can limit the way they live their lives.

I have an uplifting example of why sharing is good and key person dependency is not when it comes to finances.

Friends of ours and long-standing clients are in a very strong financial position… she just never knew about it! They are lovely people. He’s a very well qualified professional with a good Final Salary Pension.

His upbringing provided him with a cautionary perspective of money. Fearing that he may never have enough (what is enough?) he demonstrated anxiety around money to the extent that despite a good job and a lovely house, there was never really a feeling of financial well-being. In fact, she used to shop in charity and discount shops to make their money go further. Yet, she never really knew their true position.

I could see how this was, in many ways, dysfunctional. I had on many occasions encouraged him to embark upon cash flow planning with us… but guess what, he didn’t want to pay for it because he was being careful!

Eventually, after years of him just using their ISA allowances, I gave him an ultimatum; “either you embark upon cash flow planning or I don’t deal with you anymore”. Harsh but necessary. He rolled over.

I thought I had cracked it, but then the resistance then came from his wife who, despite being very capable, just didn’t want to engage in money discussions because it wasn’t “her thing”. She didn’t see why she should be present at our meeting, but I insisted. The morning of the cash flow presentation she admitted she was extremely nervous.

It was a different story after the meeting!

You see, occasionally, they had let their minds wander to thinking about having a lovely home in the New Forest. However, they believed it was a pipe dream. Something they never thought possible.

During the cash flow planning, we created various scenarios, we evaluated their options over the short, medium and long term. He was always very keen on not having debt but I encouraged them to view sensible debt as a means to an end. By juggling around various figures I demonstrated that it was very realistic for them to move to the New Forest. It was a eureka moment, especially for her. “I never knew we were in such a good situation”. He, slightly embarrassed and slightly nervous at the prospect of moving, agreed with her sentiment.

Roll onto the present

They have lived in the New Forest for a few years now. He is about to retire. They are in a fantastic financial position. What is more fulfilling for me though, is that when we have a review, she is now integral to any decisions and when it comes to perspective on the future, she is very much aligned with my sentiment and that is to enjoy your money while you have good health!