Blog
BSFP / Blue Sky Blogs / Flying high… but not without a degree of anxiety.
May 09 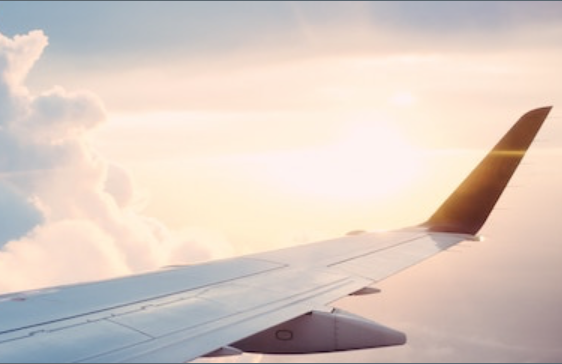 Flying high… but not without a degree of anxiety.

As I’m writing this, I’m trying hard not to demonstrate any signs of anxiety, well, not outwardly anyway. I’m certainly not being irrational as I’m leaving any organisation to others who are less stressed. If it was left to me to take control right now, in my emotive state, I expect I would make a few wrong decisions… like not getting on this plane at all!

So, I’m on a plane flying from Heathrow to Düsseldorf; on our way to a river cruise up the Rhine. It’s not the river cruise that worries me, but the flight. It’s a hop, skip and a jump over to Düsseldorf, but not having been on a plane since last summer it reminds me of how I struggle internally with this flying lark. Outwardly, the only signs of nervousness are the rivulets of sweat forming in the creases of my palms. Nice! Internally though, I’m a mess.

It’s funny how this flying anxiety manifests itself. For me, I find it debilitating with reference to my memory and recall. I can’t engage easily in conversation either (oh, the joy!). A strange feeling and one I can’t really explain.

It made me think about Matthew Syed and his book ‘Bounce’. In his book he tells the story of when he was representing Great Britain at the Olympics, playing table tennis. He was playing a German, as it happens, and the stress of the occasion, in sporting terms, paralysed his game and he limped out of the competition. He just couldn’t function as normal.

My mind then wandered to the football team that I manage; Wimborne Town under 18’s in the Dorset League. We played in the County Cup final a few weeks ago but I could tell on arriving at the ground that many boys were more nervous than they let on. Despite trying to instil a calmness in them, after 6 minutes we were 2-0 down. Players who would normally have dealt with balls hit into our box were ‘rooted’, unable to react to what I would deem as routine situations. It took us nearly 45 minutes to recover. We lost 5-3!

I then started thinking about the fear many people have around money and the behaviours that I frequently see with new clients. Recent industry reports have highlighted the extent to which people have most of their liquid accessible money sat in cash. As Seven Investment Management stated in their blog last week, our brains are designed to go into ‘fight or flight mode’ when trouble is brewing. Brexit and global geo-political risks have all had significant airtime recently. Yet, remaining in cash since the start of the year means you may well have missed out on double digit returns!

Whilst I understand the need for cash deposits to meet short term needs, leaving money languishing in cash over the longer term seems irrational and nonsensical to me. Like with my flying, if you think you are going to demonstrate such behaviour, leave the decision making in the hands of someone who is calm and who can make informed rational decisions.
We’ve landed now and so I’m now back in control. Are you?
Best wishes,
Gary

Photo above by Ross Parmly on Unsplash