Blog
BSFP / Blue Sky Blogs / Do you think beyond your next holiday?
Mar 09 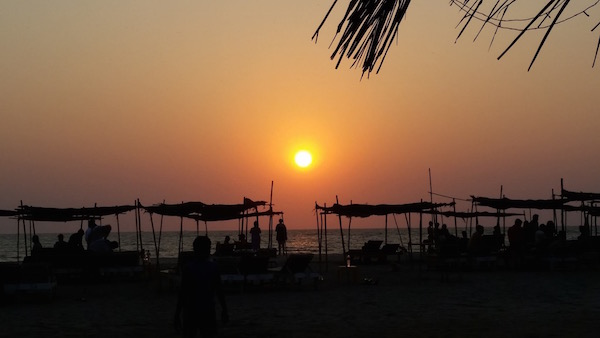 Do you think beyond your next holiday?

As most of you will know I’ve not long come back from India and surprise, surprise, my trip has led me to write a blog!

India was a great trip made all the better by attending a lovely wedding on the beach. The weather was ideal, the people friendly and the scenery wonderful. One of the things I love about travelling is how stimulating it is experiencing different cultures. India is one on its own!

As lovely as it was, the one thing that really hit me was how, on the face of it, their daily lives seemed to be so inefficient compared to ours here in the UK. I found myself thinking; “Why don’t they do it this way? Why do they have all these people involved? They could do this much quicker if…”

Much is to do with poverty. Partly, it’s entwined with culture and of course the climate. India is also notorious for not collecting sufficient tax revenues. Somehow though, it works. And the way of life forces the underprivileged to be resourceful to make ends meet.

It’s easy to be judgemental but I found my mind drifting closer to home and thinking about how privileged we are in the UK. Then I started thinking that despite our relative higher wealth, we have different problems and are prone to complacency, mismanagement and inertia. Perhaps we are just as inefficient in that we don’t make the most of what we have got.

I know I always go on about financial planning and its importance, but I make no apologies for mentioning it again in light of my trip. Planning is all about creating choices. In India many don’t have choices and live day to day. Yet despite the choices we have, many in the UK do just the same… focussing on the short term. So many people wait until they are ‘dealt their cards’ – be it at retirement, when someone dies or becomes seriously ill, or when selling a business. Surely it’s better to have a plan and to take control before an event occurs.

I like the comments from Six Sigma: “Planning receives more lip service than actual effort. The first element of efficiency is the practice of good planning. So what is a plan? Actions and deadlines. Simple”.

“Distilled down to it’s bare essence, a plan details what you are going to do towards achieving a goal and when.” The stumbling block is that you need to have goals in the first place.

Six Sigma go on to state: “One of the biggest problems with efficiency is that hours of effort may be directed at finding a solution without understanding the true nature of a problem.” In my experience, this is so true when it comes to managing one’s own wealth. So often people focus just on specific areas such as their mortgage, but don’t consider the bigger picture. Again, it comes down to goals. What are your long-term goals?

In fact, I would go on to state that most people put more effort into organising their next holiday than in planning their future. Could this be you?

If you are planning a holiday though don’t ignore India. My wife Sandra and I will definitely be going back.

India’s Prime Minister Modi appears to be one for reform, often surprising and wrong footing expectations. This has been a consistent theme since September 2014 when he proclaimed his ‘Made in India campaign’. This was aimed at generating internal production and stimulating GDP growth. A forerunner to Trump perhaps in this vein! The most marked change appears to be the Goods and Services Tax Bill. This replaced a significant number of different taxes across various levels.

This can only be good for India in the long-term in its quest to improve efficiency and drive economic growth. With these changes it is expected that mid-caps and small-caps will be the most exciting areas to be investing in.

Demonetisation was introduced in November 2016 with the government claiming that the action of banning certain notes would curtail the shadow economy and crack down on the use of illicit and counterfeit cash to fund illegal activity and terrorism. In the three weeks afterwards, more than 30 million bank accounts were set up as more rural parts of the market moved their savings from cash and gold towards financial saving schemes. Banks across the countries are now looking to cross-sell a wide array of equity and debt saving schemes as their deposits have surged. It’ll be an interesting economy to watch over the coming months and years.

Framed from a commentary by LGT Vestra (22nd February 2017) and Neptune Fund Management (1st February 2017).
The price of stocks, shares and funds, and the income from them, may fall as well as rise. You may get back less than invested.