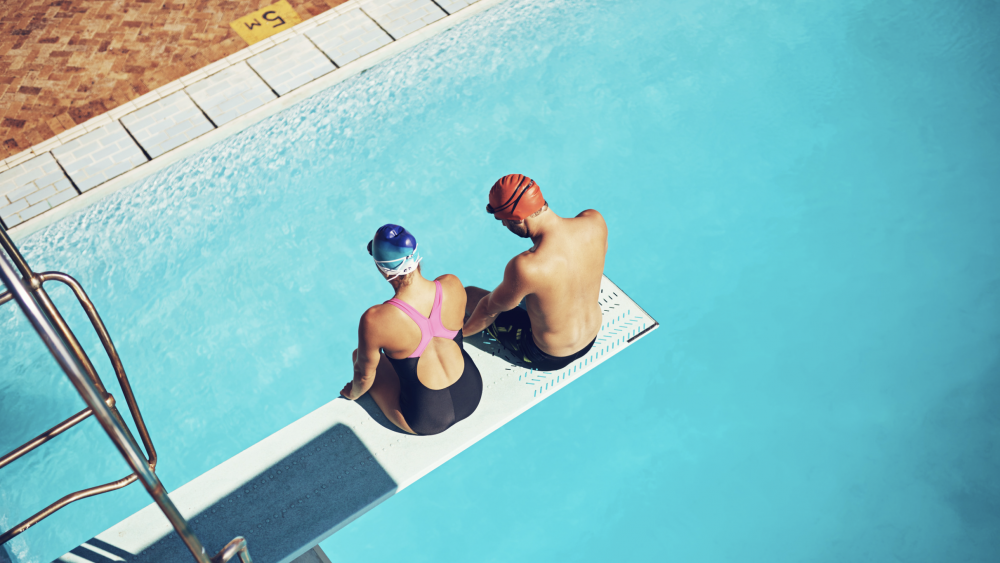 Thrown in at the deep end?

I’ve been a financial planner for some considerable time now. As many of you may know, in a previous life I was a teacher. On the face of it, a major career change and is some ways it was but in other ways, the skills I had were transferable. Don’t get me wrong, it was a huge culture shock. I had left a sector which was largely regarded as a caring profession, to an industry which seemed to be all about self-gratification. In teaching I was trained but in the financial services profession I was just thrown in at the deep end to see if I could swim!

I did take an exam, but in no way was it a measure of my understanding because the adjudicator told you the answers if you got stuck!

Thankfully, it is no longer like this and a career in financial services is now much more difficult to achieve because the sector has become so heavily regulated and entry qualifications so onerous.

Why am I reflecting back… perhaps it’s an age thing?

I certainly don’t have any romantic or idealistic memories of what it used to be like in the financial services profession, far from it.

There are two reasons why I am reflecting; one being the furore over examinations in this current lockdown phase which got me thinking about the relevance of examinations. The other reason relates to the work I’ve been undertaking regarding financial education and financial well-being. A sector which isn’t comprehensively studied and perhaps not deemed important enough to be examined?

On the first point I enjoyed reading the challenging article about examinations in last week’s Sunday Times by India Knight. Her approach centred on there being much better ways to measure ability because endless testing crushes many pupils and places them under too much stress. She goes on to say that whilst she feels deeply sorry for this year’s batch of pupils, the government now have an opportunity to rethink how they nurture children rather than a divide and conquer approach through examinations.

She further states that surely, it’s not an accident that a disproportionate number of creative people say they did not like school. Why would they, she says, when the things that made them special are not measurable by exams, particularly with the arts so little valued.

To my mind, education in its true sense, is about preparing young people to operate effectively and efficiently in adult society. An understanding of money must be up there in terms of importance, surely? Yet, at best, the approach to financial education is spasmodic and at its worst, it’s close to an apology from what I’ve seen! This is not to blame teachers. It is the system that’s at fault.

Should we be allowing our future generations to jump in at the deep end when it comes to managing money, and just hope that they can swim?

Many new clients we see have had numerous bad experiences when it comes to financial advice over the last 20-25 years and then find it hard to trust anyone. We try and re-educate them and empower them to take advice and take more control over their future as opposed to doing nothing.

It would, of course, be more prudent to give people the financial tools much earlier in their lives so that they can grasp a basic understanding of money and ultimately make better informed choices.

You could be forgiven for thinking that I’m referring to a handful of clients who just don’t get ‘the money thing’. But, far from it! The vast majority struggle to come to terms with money management. Some of you may have heard the story of how a mate of mine having graduated went to work for a large multi-national. They agreed a package of £12k a year, way back in the day. He was good at maths so he quickly worked out that he would be paid £1k a month. Straightforward!

Well… until he got his pay packet that is. He got way less than £1k. He marched into HR to complain only to be told that tax and national insurance payments had been taken off!

Only yesterday I was talking to an investment analyst at a well-known company and he too is passionate about financial education. He mentioned his wife who is a doctor, and his comment was that if ever there was a need for financial education, look at the medical profession. Bright people but to coin his phrase “most haven’t got a clue”.

Hopefully, Blue Sky can make a difference later this year when we launch our very own financial well-being service. This will be aimed at a broad spectrum of people, not just the young. It will be a digital service with no interaction with a financial planner but there will be whole raft of information created and delivered via a variety of mediums so that people can educate themselves, in their own time, at no cost. There will also be an opportunity to model basic ‘what if’ scenarios and then a platform to be able to invest money, hopefully from as little as £10 per month. However, an investment won’t be compulsory for those who register as a member – this is primarily about education and understanding.

We already guide many young people on request of their parents, but it is very ad hoc and not particularly structured. This new digital service should help youngsters, but also anyone across the age spectrum, to obtain a better understanding of how to make their money work for them and not be left in the financial wilderness.

If you know of any person who would be interested, please email lewis.baldwin@blueskyfp.co.uk and we will make contact later in the year.

Of course, I expect and look forward to also hearing from teachers and our friends in the medical profession!